Paris is Failing on Promises 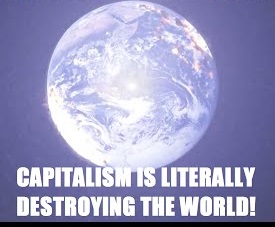 Rich countries will miss a key promise they made to the poor world on the climate crisis by failing to provide the money necessary for them to cope with its effects, damaging the prospects for global action, the UN secretary general has said.

Developing countries were supposed to receive at least $100bn (£75bn) in financial assistance from public and private sources this year and in future years to help them cut greenhouse gas emissions and deal with the ravages of extreme weather. The promise was one of the cornerstones of the 2015 Paris agreement and will be a key element of next year’s Cop26 climate talks. But the funding this year will fall short of the longstanding pledge.

The secretary general said: “It is clear we are not yet there on the $100bn target. In 2020 this will not happen. All the indications I have are that in 2020 we would be below that level of support from the developed world to the developing countries in climate finance both for mitigation [of emissions] and adaptation [to the impacts of climate change], from public and private sources.”

While many countries had spoken of the need for a “green recovery” from the Covid crisis, few were directing their rescue funds towards the low-carbon projects that would make a difference, he said. “It’s not the same in all countries, but globally it’s not happening. If you look at the G20 countries, and they represent probably 80% of the global economy, you have the recovery money used in fossil fuel-related industries and activities that is 50% more than the recovery money invested in the green economy.”  Guterres said leaders needed to do much more. “It is clear that we are not yet there [on a green recovery]. It is essential to transform the recovery policies in a way that makes recovery from the Covid inclusive and sustainable … It doesn’t make sense to use taxpayers’ money to ruin the planet.”