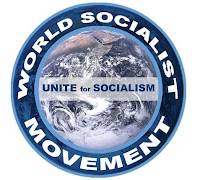 Many are aware of the International Working Men’s Association, the First International, in which Marx was an active participant. Fewer know of its precursor which most likely served as its prototype.

In September, 1845, the society of Fraternal Democrats was formed. It adopted motto, ‘All men are brethren.’ It was founded by some from the Chartist movement and political refugees from across Europe.

As part of its political platform, the Fraternal Democrats declared:

“… that the earth with all its natural productions is the common property of all; we therefore denounce all infractions of this evidently just and natural law, as robbery and usurpation. We declare that the present state of society, which permits idlers and schemers to monopolise the fruits of the earth and the productions of industry, and compels the working classes to labour for inadequate rewards, and even condemns them to social slavery, destitution, and degradation, is essentially unjust.”

Next comes a declaration of internationalism:

“Convinced that national prejudices have been, in all ages, taken advantage of by the people’s oppressors to set them tearing the throats of each other, when they should have been working together for their common good, this society repudiates the term ‘Foreigner,’ no matter by, or to whom applied. Our moral creed is to receive our fellow men, without regard to ‘country,’ as members of one family, the human race; and citizens of one commonwealth – the world.”

“The people are beginning to understand that foreign as well as domestic questions do affect them; that a blow struck at Liberty on the Tagus is an injury to the friends of Freedom on the Thames; that the success of Republicanism in France would be the doom of Tyranny in every other land; and the triumph of England’s democratic Charter would be the salvation of the millions throughout Europe.” “The Northern Star,” June 19, 1847.)

“But let the working men of Europe advance together and strike for their rights at one and the same time, and it will be seen – that every tyrannical government and usurping class will have enough to do at home without attempting to assist other oppressors.” “The Northern Star,” February 26, 1848.)

The Fraternal Democrats later disappeared but not its principles. The idea of working peoples’ international solidarity persisted.

The veteran Chartist, Ernest Jones, wrote as follows in “The People’s Paper” of February 17, 1855:

“Is there a poor and oppressed man in England? Is there a robbed and ruined artisan in France? Well, then, they appertain to one race, one country, one creed, one past, one present, and one future. The same with every nation, every colour, every section of the toiling world. Let them unite. The oppressors of humanity are united, even when they make war. They are united on one point that of keeping the peoples in misery and subjection ... Each democracy, singly, may not be strong enough to break its own yoke; but together they give a moral weight, an added strength, that nothing can resist. The alliance of peoples is the more vital now, because their disunion, the rekindling of national antipathies, can alone save tottering royalty from its doom. Kings and oligarchs are playing their last card: we can prevent their game. No movement of modern times has therefore been of such importance, as that international alliance about to be proclaimed at a great gathering in St. Martin’s Hall.”

“Let none misunderstand the tenor of our meeting: we begin to-night no mere crusade against an aristocracy. We are not here to pull one tyranny down, only that another may live the stronger. We are against the tyranny of capital as well. The human race is divided between slaves and masters... Until labour commands capital, instead of capital commanding labour, I care not what political laws you make, what Republic or Monarchy you own – man is a slave.”

Today, we have the World Socialist Movement, even though it still remains more an aspiration that a full reality.

A SONG ADDRESSED TO THE
FRATERNAL DEMOCRATS.

CHORUS ―
That mitres, thrones, misrule and wrong,
Shall from this earth be hurled,
And peace, goodwill, and brotherhood,
Extend throughout the world.

Associated to proclaim
The equal rights of man.
Progression's army! firm, resolved,
On! forward lead the van.
Till mitres, thrones, misrule and wrong,
Shall from this earth be hurled.
And peace, goodwill, and brotherhood,
Extend throughout the world.

To aid this cause we here behold,
British and French agree,
Spaniard and German, Swiss and Pole,
With joy the day would see.
When mitres, thrones, misrule, and wrong,
Will from this earth be hurled,
And peace, goodwill, and brotherhood,
Extend throughout the world.

We now are met to celebrate
The deeds of spirits brave,
Who struggled, fought, and bled, and died,
Their misrul'd land to save.
For mitres, thrones, misrule and wrong,
From France they nobly hurled,
And would have spread Democracy
Throughout this sea-girt world.

Though kings and priests might then combine
To crush sweet liberty,
We tell them now that they must bow,
That man shall yet be free.
That mitres, thrones, misrule and wrong,
Shall from this earth be hurled,
And peace, goodwill, and brotherhood,
Extend throughout the world.

Oh! may that period soon arrive,
When kings will cease to be,
And freedom and equality
Extend from sea to sea.
Then mitres, thrones, misrule and wrong,
Will from this earth be hurled,
And peace, goodwill, and brotherhood,
Shall reign throughout the world.

I think it would be appropriate to edit (update?) older texts to be more politically correct. We need a more inclusive vocabulary to be used. Gender, racial and other(-isms) corrections?

I don't think it would harm the history to have some minor tweaks to freshen it up a bit. Maybe a comment about the old history, so as to not erase it, but point out progress is being made on all fronts of equality.

The pic has a woman on it, shouldn't she be acknowledged as a part of the solution.

It is as you say, invariably literature from our past refers solely to men despite women (and children) being in the work-force and involved in politics. If i plagiarize older and forgotten texts (which i often do), i try to make it gender neutral as you suggest so i am aware of the frequency of the problem.

And, of course, sexual orientation was never on their radar in the past.

Regard colour and race, it is still a confusing situation. I prefer "African-American" rather than "Black" as "Negro " and "colored" can be seen as derogatory even if NAACP hasn't dropped "colored"

But what about "Hispanic" and "Latino", with "Chicano" dropping out of popularity, and "Latino", what they call "Latinx" these days. And for Native Americans, I tend to prefer the more Canadian term "First Peoples"

And there are other aspects of language such as describing some non-capitalist societies as "savage" or "uncivilized",

Then the constant reference to the "masses"

I also have an aversion to "proletariat"...but that is just me ;-)