Once more we have a media report about the threat of the failure of anti-biotics which this blog has previously often posted about.

Dame Sally Davies says an Extinction Rebellion-style campaign is needed to save people from antibiotics becoming ineffective in the face of overuse and a lack of regulation. The threat of antibiotic resistance is as great as that from climate change, said Dame Sally Davies, and should be given as much attention from politicians and the public. Davies said efforts to combat the problem of common illnesses becoming untreatable by antibiotic medicines should be coordinated at a worldwide level in a similar way as the Intergovernmental Panel on Climate Change, the body of scientists set up in 1988 to tackle global warming.


Davies said the consequences of antibiotic resistance posed at least as great a threat to humanity’s future, and in the same timescale, but few efforts have been made to deal with the issue. “There is not the appetite [among pharmaceutical companies] to develop new medicines,” she said. “There is a systemic failure..."
She listed a series of problems that the world has allowed to build up, from overuse of antibiotics and a lack of restraints on prescribing strong medications, to the rampant use of the drugs on animals, including by farmers for “growth promotion”, as the drugs can make animals put on weight faster. Such use has been banned in Europe and the US, but is common elsewhere, and even in the EU and US, the use of strong antibiotics critical to human health is still allowed on animals despite scientific advice to the contrary.
She is concerned that antibiotics are vastly overused in farming, and that this is one of the biggest factors behind the growing problem of resistance. Globally, by far the majority of antibiotic use is for animals. Fish farming is also a major concern, said Davies, as the use of antibiotics has been largely overlooked in that industry. Few areas of farming are free from concern – she noted antibiotics are allowed to be used in spraying citrus fruit in the US, which she regards as a serious danger.
The UN’s Interagency Coordination Group on Antimicrobial Resistance (IACG) recommended stronger rules should be brought in across the world to prevent the overuse of such medicines on farms, and on people.
Haileyesus Getahun, the director of the IACG, said the threat of antimicrobial resistance was “a silent tsunami”. He said the public were still largely unaware of the problem, but that it could yet be solved if people were educated about the dangers. “We are calling for people to come together,” he said. “We don’t see the effects of it yet, but what is coming will be a catastrophe.”
The report calls for the use of antibiotics as growth promoters in farm animals to be abolished globally, and for the strongest antibiotics to be reserved for human use. Another critical issue is sanitation, because the lack of clean water and good sanitation that afflicts more than 2 billion of the world’s population is fuelling the rise of antibiotic resistance that quickly spreads around the globe, including to rich countries.
The report found that failing to take urgent action would result in 24 million people being forced into extreme poverty by 2030, and lead to 10 million deaths a year by 2050.
The authors also called for pharmaceutical companies to “prioritise public good over profit”, because of the market failure that means developing new drugs, while of enormous public benefit, does not result in companies making more money.
https://www.theguardian.com/society/2019/apr/29/antibiotic-resistance-as-big-threat-climate-change-chief-medic-sally-davies 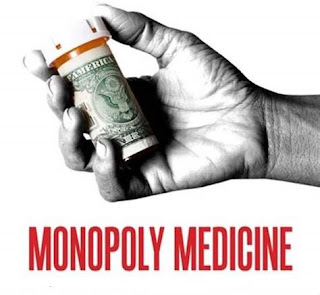