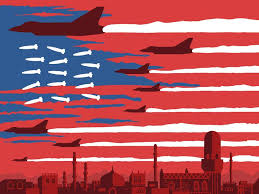 Former US president Jimmy Carter referred to the US as “the most warlike nation in the history of the world,” a result of the US forcing other countries to “adopt our American principles.”

Carter then said the US has been at peace for only 16 of its 242 years as a nation. Counting wars, military attacks and military occupations, there have actually only been five years of peace in US history—1976, the last year of the Gerald Ford administration and 1977-80, the entirety of Carter’s presidency. The US has also invaded or bombed dozens of countries and supported nearly every single right wing dictatorship in the world since the end of World War II. It has overthrown or attempted to overthrow dozens of foreign governments since 1949 and has actively sought to crush nearly every single people’s liberation movement over that same period. It has also meddled in scores of elections, in countries that are allies and adversaries alike.

Carter said. “How many miles of high-speed railroad do we have in this country?” he asked. China has around 18,000 miles (29,000 km) of high speed rail lines while the US has “wasted, I think, $3 trillion” on military spending. “China has not wasted a single penny on war, and that’s why they’re ahead of us. In almost every way.” [Although China, too, spend billions in preparations for war - SOYMB blog] “And I think the difference is if you take $3 trillion and put it in American infrastructure you’d probably have $2 trillion leftover. We’d have high-speed railroad. We’d have bridges that aren’t collapsing, we’d have roads that are maintained properly. Our education system would be as good as that of say South Korea or Hong Kong.”

According to a November 2018 study by Brown University’s Watson Institute of International and Public Affairs, the US has spent $5.9 trillion waging war in Iraq, Syria, Afghanistan, Pakistan and other nations since 2001.
While there is a prevalent belief in the United States that the country almost always wages war for noble purposes and in defense of freedom, global public opinion and facts paint a very different picture. Most countries surveyed in a 2013 WIN/Gallup poll identified the United States as the greatest threat to world peace, and a 2017 Pew Research poll found that a record number of people in 30 surveyed nations viewed US power and influence as a “major threat.”
https://www.alternet.org/2019/04/jimmy-carter-us-is-the-most-warlike-nation-in-history-of-the-world/

There is only one war which is worthy of men and women that is class war for the social revolution. The working class has no country. The differences which exist between nations are all superficial differences. The capitalist regime is the same in all countries. Patriotism serves as the bulwark of the privileged class.

Wars are fought to protect the interests and advantages of the capitalist, or expand capitalist profits, and extend colonial possessions. The causes for the war are to be found in the very process of capitalist production, distribution and exchange which creates the growth of multinational corporations which seek to establish control over markets, sources of raw materials and areas for exploitation. Unfortunately, no ruling class ever admits going to war for such sordid objects. Wars are present as necessary to defend ‘freedom’ and for ‘humanitarian' reasons.

This search for expanding areas for exploitation comes up against existing national borders controlled by those industrial and financial powers who were first in the field and secured the main territorial advantages. The late-comers are driven to contest the positions already claimed and established. This struggle for re-division of the world has dominated world politics. It creates ceaseless conflict. The struggle does not begin when a Government – serving one group of trusts – declares war on another nation. It goes on all the time, taking many forms; some open, some concealed. Diplomatic negotiation and manoeuvres, agreements and alliances between states, subsidised economic warfare, small proxy wars waged ostensibly between small powers, actually on behalf of great ones, and the greater disciplining and exploitation of the people – all these are manifestations of the same conflict. A formal declaration of war – nowadays more and more dispensed with – is merely the continuation of this same struggle in a more open form. Victory by one over another does not end this struggle for the losses of one nation are the gains of another country which gives rise to other future conflicts.

The organised workers cannot conquer political power by struggle against foreign capitalists but only by struggle against those in their home country who hold to and maintain the existing social structure. It is impossible to support a war and the government waging it and to hope to create revolutionary situation which will radically change that social system. The Socialist Party believe that modern wars spring from causes which are deep within the present capitalist system of society; and that to get rid of war permanently we shall have to remove those causes by overthrowing capitalism and building in its place a free socialist society. We stand against the war-mongers and the war-makers.

Those who replace the red flag of world socialism with the jingoist flag of patriotic war must be denounced. Clarity is an essential The hope for all mankind depends upon the determination and courage of the working men and women of the world to reject capitalism and its wars. Let us rise to our task. 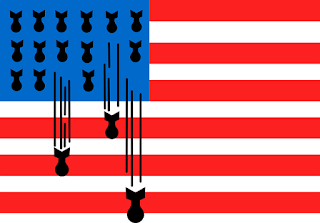