Ya Basta! “Enough is Enough” 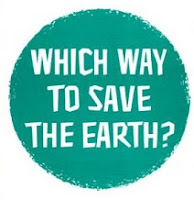 The protesters engaged in the current series of demonstrations are right to be concerned about what is happening to the environment. There really is a very serious environmental crisis. The climate change crisis is capitalism's most foul attack upon us. The issue is what to do about it. Capitalism has been reformed so many times and in so many different ways yet it still continues to progressively worsen the environment. As long as production is carried on for making profits and not for needs the problems of pollution, resource depletion and species extinction will persist. More and more people are becoming concerned about the way the environment is abused is encouraging. But campaigning for new laws and more conservation areas is not the answer. We need to get rid of a society where a small minority can manipulate nature for their own ends and replace it with one where we all have a real say in how nature is used. Capitalists always hate spending more than they absolutely have to, even if it is for the purpose of saving the planet. For the Socialist Party the problem is not the planet versus people, but the planet and people versus capitalism. By sharing the world democratically, without buying and selling property, our world can certainly be rescued, and indeed be made to thrive.

The magic of the market is a myth. The madness of the market is nearer the truth. The Market has failed, long live the Market!", is the illogical conclusion of many “green capitalists”. Capitalism is simply unable to run on green lines, as its motive force is expansion and domination, with no thought for the consequences for the people or the environment. The Socialist Party has for decades railed at capitalist market production for being on a relentless collision course with the environment, and have been more than once guilty of tired clichés like 'profits of doom' and 'merchants of menace'. Now, we see the world's largest corporations enthusiastically demanding carbon emission cuts. We have witnesses most of the world's countries climb aboard the bandwagon in a global effort to cap carbon emissions and mitigate disastrous global warming. What is behind this sudden laudable concern for the environment, and how are they going to achieve their aims? Simple, the only way capitalism can think of doing anything. By making lots of money out of it. How do businesses make money out of a carbon tax? By developing 'green' technologies that produce less emissions. How else is there a financial incentive? Carbon trading is the buying and selling of such "permits to pollute". It is supposed to help the environment by giving polluting firms a monetary incentive to reduce their emission even lower than the allowed level; the more they reduce their emissions below this level the more money they can make from selling their surplus permits. The buyers of these permits would be firms having difficulty reducing their emissions below the level allowed them; if they failed to reduce to this level they would still have to pay something, but the idea is that buying a permit would be cheaper than paying the fine.A market for "permits to emit carbon dioxide" would thus develop. Where there's a market there will also be middlemen, who in this case will specialise in the buying and selling of these permits. There would also be the possibility of speculating on future changes in their price. These schemes are bureaucratic attempts to manipulate the market and so are open to political interference, mismanagement and corruption. Instead of governments vying with each other to reduce carbon emissions, they have sought to win advantages for their own industries. To rely on profit-seeking "carbon traders" to solve the problem. If that's all capitalism can offer, then, in the words of Private Fraser, we are all doomed. Corporations have no interest in nil returns, only in repeat business. It is a case that the damned system that allows them to operate as they do, that allows them to put profits before human and environmental interests, which needs to be abolished.

The Socialist Party does not have a menu of palliatives to place before the government. We say that no government can protect the environment. Governments exist to run the political side of the profit system. And the profit system can only work by giving priority to making profits over all other considerations. So to protect the environment we must end production for profit. Production today is in the hands of business enterprises, all competing to sell their products at a profit. All of them — and it doesn’t matter whether they are privately-owned or state-owned — aim to maximise their profits. This is an economic necessity imposed by the forces of the market. If a business does not make a profit it goes out of business. “Dog eat dog” is the economics that prevails today. Under the competitive pressures of the market, businesses only take into account their own narrow financial interest, ignoring ecological considerations. All they look to is their own balance sheet and in particular the bottom line which shows whether or not they are making a profit. The whole process of production, the entire supply chain to the shelf, from the materials used to the methods employed to transform them, is distorted by this drive to make and accumulate profits. The result is an economic system governed by uncontrollable market forces which compel decision makers, however selected and whatever their personal views or sentiments, to plunder, pollute and pillage. Governments do not have a free hand to do what is sensible or desirable. They can only act within the narrow limits imposed by the profit-driven market system.

Many in the protests taking place are not against the market and not against profit-making. They imagine that, by strong government action, these can be tamed and prevented from harming the environment. This is an illusion. You can’t impose other priorities on the profit system than making profits. That’s why any government would fail regardless of any well-intentioned promises. While many on the streets realise that they are up against is a well-entrenched system of privilege less understood is that private property and profits are the overriding economic law and it is this system which must go, replaced by a new and different one which will allow us to meet our needs in an environmentally-friendly way. We must control production and we must collectively own the means of production. That’s the only basis where we can harmoniously interact with the rest of nature, respecting its laws, so we can begin to successfully reverse the degradation of the environment already caused by the profit system. 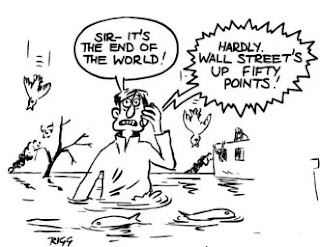