What on Earth Day

Capitalism has inflicted incalculable harm on the inhabitants of the earth. Tragically, the future could be even worse for a simple reason: capitalism’s destructive power, driven by its inner logic to expand, is doing irreversible damage to life in all its forms all around the planet. Rosa Luxemburg famously said that humanity had a choice, “socialism or barbarism.” In these days of climate change, her warning has even more meaning. Almost daily we hear of species extinction, global warming, resource depletion, deforestation, desertification, and on and on to the point where we are nearly accustomed to this gathering catastrophe. Our planet cannot indefinitely absorb the impact of profit-driven, growth-without-limits capitalism. Unless we radically change our methods of production and pattern of consumption, we will reach the point where the harmful effects to the environment will become irreversible. Even the most modest measures of environmental reform are resisted by sections of the capitalist class. This makes the establishment of a socialist society all the more imperative. We are fighting for the planet. People may not care too much about a few islands disappearing. But untold millions of people will face the need to escape when global warming creates droughts and flooding and farms begin to fail. Where will those millions of people go? How will such deep economic disaster be managed by governments? Within capitalism , the drive to accumulate profits and the needs of the market outweigh the needs of the environment and no amount of palliatives can effectively control this exploitation of our natural wealth.

The motivating force of the capitalist system is the never-ending quest for profits and accumulation. It must continually expand. It impacts on every aspect of people's lives. We can’t just reform the current system. There can be no lasting solution to the world’s economic and environmental crises as long as capitalism remains the social system on this planet. Ecologists offer powerful tools for understanding how nature functions as interrelated, integrated ecosystems. They give us essential insights into humanity’s impact on the environment, but they lack a serious political social analysis. There exists a reformist fallacy that capitalists foreseeing an environmental apocalyptic future would stop investing their capital in unethical enterprises. However, capitalists are the servants (“the functionaries” as Marx described them) of capital. They cannot but accumulate more and more capital: that is their function. Let us suppose that many capitalists do perceive that their interests are facing an ecological threat. What good would it do them to withdraw their capital? The capitalists are incapable of class unity, and no sooner would one withdraw investment than another would take his place as a new functionary of capital. The capitalist class are men who have traded their soul for the accumulation of profit. The world is not ruled by justice or morality, it is ruled by power. Capitalists control presidents and parliaments. They disdain the opinions of the common peoples of the world. They ridicule the organisations that have been established to protect the Earth and promote peace. Their end determines their actions; their laws supersede all others. We need to recognise that we're fighting capitalism.


Socialism can make a sustainable and balanced world possible, and that is very clearly impossible under capitalism. The needs of people and the planet will be the driving forces of the socialist economy, rather than profit. It will set about restoring ecosystems and re-establishing agriculture and industry based on environmentally sound principles. The only way we can change the world is to be fighting for the goal of socialism today. The longer we take to get started, the harder it will be.

Our socialist perspective in no way means that we do not defend against the immediate attacks today. On the contrary, it is absolutely necessary, and socialists make good fighters for today’s struggle. But in order to fight most effectively, people also have to understand that there can be no lasting concessions from the capitalist system. To achieve abundance for all, the working class will have to organise and build a genuine socialist revolution. The Socialist Party seek opportunities to win a hearing for our ideas.The case for socialism is not a complicated doctrine, or shouldn't be, yet it is not widely understood. What passes itself off as socialism, isn't socialism and often totally alien to the Marxist vision.

Socialism is a society in which human beings gain control over their economic lives, are freed from the chains of blind economic laws. This liberation of entire society from the blind economic laws is the condition of emancipation of the individual and the restoration of humanity. Socialism is the movement to restore mankind’s conscious will, a movement for freeing human beings from economic necessity and mental enslavement

We want the world - and we want it now 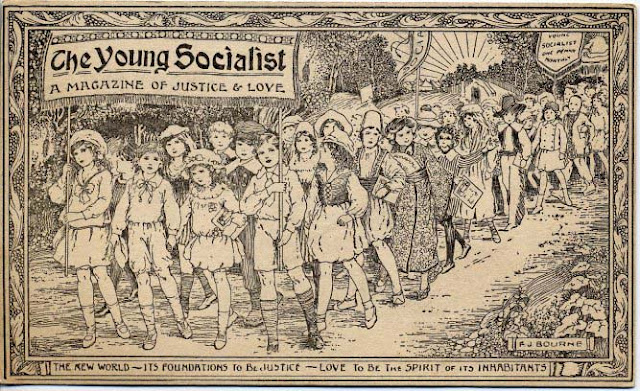 Dear all l agree with the last statement but first we have to get our hands dirty and clean up the shit capitalist is churning out, l dont think you want to bother at the head office in london, if you dont tell working class people the the cons and tricks that are going on ,l dont think you will make any headway with our crusade, which saddens me very much.
take care Rod glover