Our planet is not for sale 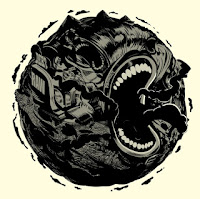 Extinction Rebellion supporters around the world have held a series of mass die-ins to highlight the risk of the human race becoming extinct as a result of climate change. Protesters in France, Australia, New Zealand, Finland, Sweden, Norway, Italy, The Netherlands, the UK and other countries lay across the ground on Saturday at transport hubs, cultural centres and shopping centres to demand drastic action to avert environmental collapse. At the Kelvingrove art gallery and museum in Glasgow, about 300 activists lay down beneath Dippy, the famous copy of a diplodocus skeleton which is currently touring the UK.


The state of the planet is becoming more and more critical. Virtually no one in the world now doubts that today’s times are desperate because of the current world climate change crisis with its devastating effects on hundreds of millions of workers By accepting that capitalist production should continue many environmental activists are undermining the credibility of their best aspirations. They have made a political appointment with failure and disillusionment. Even worse than that, they are diverting concern over desperately serious problems into a political dead end which can only have the effect of delaying real solutions. The fatal error of climate justice campaigners is in thinking that a sympathetic government will enable their hopes to be fulfilled. The problem does not resolve itself solely as a question of who runs the country or even the world.

With the abolition of capitalism, in which goods take the form of commodities for sale on the market, and the abolition of the wage labour/capital relationship, socialism will establish direct co-operation between producers and goods will be produced directly for need. Production for use will consciously regulate production and this will include a choice of methods limited only by available technique and practicality. Socialism will also eliminate a vast amount of waste and at least double the number of people available for useful work. Socialism would have no difficulty in applying a principle of conservation production which would include working within existing natural systems without altering them. This would be the only safe way to proceed. Though many new technological advances in renewable energy appear non-commercial under capitalism, socialism would have no difficulty in developing and applying the technology. The point is that a socialist, democratic society would not face the corporate and government apparatus of obfuscation and plain downright lying about the realities that have cost the delay of two or three decades of “business as usual.”

In a modern society, the workers’ movement, in order to play a really meaningful role, must engage in all industrial, political, social and moral struggles affecting the working people as a whole. Already a growing number of workers are demanding a greater say, greater control over their lives, and are insisting that their work should be socially beneficial to the community as a whole. Human society, when we get it, will be a free association of social individuals. The change from capitalism to socialism will bring a change in the relationship of society to nature. Capitalism exploits anything in nature it can get its hands on. Before society can organise itself in harmony with natural systems, society must first be able to co-operate within itself. While humanity remains divided by rival capitalist states, it is be impossible to organise our use of the world in careful and sensitive ways that would be in the mutual interests of all people. Instead, we have economic exploitation, waste, war and destruction. The solution is to replace corporate or state ownership for money gain with common ownership by all people. Instead of nation states all people could be part of a world held in common. This would bring the great advantage of being able to organise the world as one productive unit. Being united around a common interest people in socialism could organise and develop their productive activity in relation to the natural advantages of the earth in whatever appropriate geographical location and with a use of production methods which safeguard the world environment. Without national barriers it would be possible to apply production in appropriate areas to make available world stocks of materials for manufacture, basic foods such as cereals and world energy supply. From this basis of world production, smaller scale diversified production could be carried on throughout regional and local communities in line with local work preferences and local needs.

Capitalism is a form of social organisation that systematically destroys nature. It is a system driven not by need, and not by the need to preserve the natural sources of its bounty, but rather by profit. Profit-making requires efficiency only within the individual business and requires that all businesses maximise profits continually, particularly over the short term, or go belly-up. Capitalism prevents the world’s working class from acting in accord with our need to preserve nature for ourselves and for future generations. Furthermore capitalism prevents us from obtaining food, water, shelter, clothing, and other needs, unless we work for the capitalists and produce more than we are paid – with the excess taking the form of surplus value, or profit. By withholding our access to the necessities of life, the capitalists force us to do their bidding. The world’s working class today is just as enslaved by capitalism’s withholding these necessities as if we were forced to live and work in collars and chains. Socialists call this form of bondage, wage slavery. Under chattel slavery, workers’ bodies and minds were consumed in backbreaking labour with death coming at an early age. Under wage slavery, dehumanising exploitation grinds down our bodies (if we survive work-related accidents and occupational illness)

Capitalists appropriate nature for their own class needs. They strip-mine and destroy entire mountains, they over-fish of the oceans in the competitive drive for profits, they clear-cut forests. Capitalists dump toxic waste into soil, rivers, oceans, and the atmosphere, with numerous deaths resulting but without our class being able to do much to stop them, since the state protects only capitalist interests. In a few local situations, through long major collective campaigns, workers have forced a few temporary concessions, but the overall destruction of lives and the environment accelerates everywhere else. The capitalists thus literally gets away with murder. In its single-minded drive for profit, world capitalism is fast exhausting the earth’s resources, and what is left is fast being ruined by waste products. Preservation of resources for industry and life itself is vital for humanity but simply not profitable in the short term for capitalism, and short term is the only level on which capital can possibly function. A lapse in profitability means the death of a business, just as a lapse in food and water means the death of a living thing. The overall effect of this single-minded capitalist focus on profits is continual economic crisis, wars, poverty and world environmental destruction.

The main way the capitalists get away with this is through their control of state power and their ever-present use of nationalism. Capitalist corporations, in order to survive competition, resist having a long-range outlook for their return on investment. So do the stockholders, or they will put their money into other corporations that do bring in quick returns. The corporations must make back their initial investment in plant and equipment quickly, so that their future profits become pure gravy. Concern for the environment, on the other hand, is a long term process that requires giving up the concept of profit in favour of satisfying human needs. Capitalism does not operate to satisfy human needs. Competition to create new markets calls for a continual stream of new products that have little to no use value to the consumer. After all, how many different products can we actually need? Up to the time of any new product’s introduction we have always gotten along fine without it. The continual introduction of useless or harmful products produces increased useless consumption of resources and increased harmful dumping of waste, with accelerating destruction of the environment at both ends of the process – natural resource inputs and waste product outputs. In order to continue to expand its profits, capitalism creates wants instead of satisfying needs. Only profit maximisation is their goal.

Only a system in which use value, rather than exchange value, is the basis of society is capable of preventing irreversible climate change.
Posted by ajohnstone at 6:00 am