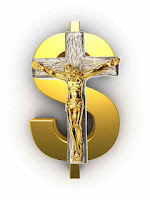 Political scientist Ryan Burge found that the percent of Americans claiming no religious affiliation is now so large that it rivals the other two largest groups, Catholics and evangelical Christians, according to a new analysis of the General Social Survey.

There are many explanations for the shifts away from organized religion: Perceived struggles between religion and science, the many scandals in organized religion, the politicization of faith, and the failure of religion to address many of the worlds most pressing problems. But there’s also just the simple fact that richer countries tend to be less religious overall.