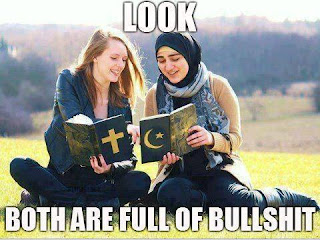 The ideas of the Socialist Party is based on materialism. As such, it is as hostile to all religion. There are those secularists that say, “Down with religion. The spread of atheism is our chief task.” The Socialist Party explains that this is not true and that it is a superficial response to religion. It explains such an attitude is not in a materialism but an expression of idealism.  It does not explain the cause of religious beliefs sufficiently. These causes are mainly social and the deepest root of religion today is the socially downtrodden condition of the working people and their apparently complete helplessness in face of the blind forces of capitalism, which every day and every hour inflicts upon them misery and torment, many times more severe than those inflicted by events, such as typhoons or earthquakes. “Fear made the gods” is a common saying and fear of the blind forces of capitalism, blind because it cannot be foreseen, a force which inflicts “sudden”, “unexpected” and “accidental” ruination and distress. This is the root of modern religion which the materialist must bear in mind first and foremost. No popular paperback can eradicate religion from the minds of people who are crushed by capitalism and who are at the mercy of the blind destructive forces of capitalism. Until working people themselves learn to fight the rule of capital in all its forms, in a united, organised, planned and conscious way then the need for religion in some shape or form will persist.


Religion consists in the belief in supernatural beings and forces, in the belief in gods and spirits. In the place of religion, socialists puts humanity. Socialists do not look for salvation in the realm of the spirit, but in the world of material realities. The misery and helplessness which mankind encounters is the psychological germ out of which religion evolved. The essence of religion consists in this - that certain phenomena of nature and history, which, according to conditions and circumstances, acquired an unusual importance, have been personified and put on so high a pinnacle that they appear to be independent of time and space. The religious truth is but a natural truth standing on its head. Not God created man, but always and everywhere man created God in his own image. The contents of the sacred books of our churches, teaches little about God and heaven, but a good deal about the civilisation who wrote and esteemed those things.


The strongest religious argument brought forward is the undeniable harmony of things in nature and the universe. Who could deny the wonderful order of the universe, its organisation and structure? Apart from the numberless illustrations usually brought in favour of that argument we find in every step the proofs of a universal intelligence which uses everything that is living and existing as a part, as a suitable organic part of the whole. To recognise the evolution or the gradual organisation, not only of nature but also of human society, is the special task of socialists. Our understanding consists just in this, that we regard all phenomena of nature and human history as being parts of the whole that are involved in the process of evolution, and even such things as religion, morality and property, which are usually looked upon as constant and eternal ; there is no sacred exception to this rule.   And how could we fail to recognise that there is in this whole something of a higher life to which the individual parts are subordinated? But when recognising this, there is no necessity of going back to religion and mysticism. What we discover is anthropomorphism where  mankind substitutes a being in his or her own image, gifted with deliberative power and consciousness, as the great architect of the system of nature.


They tell us that Jesus was the first socialist. Yet, socialism and Christianity differ from each other as the day does from the night. To be sure, there are points of resemblance between them. But show us the thing to which no analogy could be found. What does totally differ. Though Christianity and socialism may have some points in common, it is none the less true that whoever mistakes Jesus for a socialist is surely muddled. Christianity is a religion of servility. Indeed, all religion is servile, but Christians display the most inordinate humility in all its wretchedness, prostrating themselves before destiny and forces of nature, with their pitiful, pious and impotent moans for mercy. For those who build all their hope on mercy are wretched sheep, indeed. Christianity does not regard this world as a worthy place. Don’t they expect Jesus to come again on and to substitute a new order of things for the old, rotten one? To save us from this world God has sent his Son, who leads us into the heavenly world of Christianity where men and women are sexless. They expect the destruction of the world. “My kingdom is not of this world.” Socialists protest against this cowardice.


The socialist demand for a more equitable distribution of economic goods can be realised by a democracy only, by a government of the people who do not tolerate the rule of a clique which, under the pretence of intellectual superiority, seeks to appropriate the lion’s share of the social wealth. the belief in gods, in Moses and the Prophets, the belief in the Pope, in the Bible, in the presidents and politicians, in short, all belief in authorities, finds its definite and final reply in the science of mind. As long as we have not discovered how and where wisdom arises we are easily exposed to the danger of being bamboozled. The clear knowledge of how thoughts are being produced puts us to the advantage and makes us independent of religion and sacred books and leaders. In dissolving the dualism of mind and matter, the theory of the scientific method of thinking destroys the last pillar which supports a society divided into rulers and ruled, into oppressors and oppressed.  Christianity aims at the divine control of the world. Religion claims to redeem us, with the help of Gods, by praying and whining, from the earthly miseries. It is not sufficient to dethrone religion; it is necessary to put a new system, a rational one, in its stead. And that only the socialists can accomplish.


The Socialist Party task is, in the first place, to interest you in new ideas and to stimulate you to further investigation and thinking for yourselves. We seek to excite the curiosity and have presented you with the barest of outlines and the salient points only, which you should fill up and further develop by your own work. We call ourselves materialists, not in the contemptible sense of the word, those who find the whole object of life in eating, drinking and in the satisfaction of physical wants – simple philistines and hedonists. Rather we are those thinkers who put the real world at the beginning, at the head of their investigation.
Posted by ajohnstone at 2:21 pm