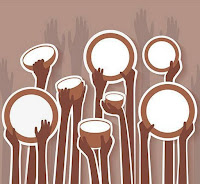 Birth control is by no means a panacea for the evils of capitalism, but does offer some respite to workers during the period of bondage under capitalism. No doubt under socialism there will be an increase of population, for the fear of insecurity will have disappeared. However, women will not agree to be merely child-bearing machines. The family will be limited for reasons of health or to provide more time for the attainment of education and culture.


The main factor of the increasing human population on our planet is the prolonging period of human life and the decreasing human mortality rate. Larger access to health care, the increasing level of social security, better social and living conditions, the promotion of general and health knowledge, the activity of organizations supporting the activity of old-age persons on the domestic and international level are the main factors that decrease the mortality rate on the one hand and lead to the prolongation of the average length of human life on the other hand.


580 million people aged more than 60 years lived in the world in 2002, most of them living in highly developed countries11. Forecasts show that 33% of Italian and Japanese population, 25% of U.S. population and 22% of Germans will exceed the age of 60 years in 2025. It is estimated that the number of people aged more than 65 years in the world will reach almost 1.5 billion. The demographic trend of ageing of the population of a given country or region will become the most visible in the oldest continent of the world – Europe and in Japan.


It is not in Asia that most children are born. The demographic explosion has the quickest pace in Africa, currently amounting to 2.5% in the Sub-Saharan part (in Europe and Central Asia, its total rate is around 0.45%). According to the data of the World Bank, the population growth rate is 2.3 in India, 2.1 in Bangladesh, 2.0 in Vietnam, 3.3 in Egypt, 2.5 in Saudi Arabia, 1.7 in Iran and 1.6 in China. In European countries, the fertility rate is even lower. For example, it amounts to 1.5 in Germany, 1.4 in Italy and 1.3 in Poland.


At least two types of correlations seem to exist: (1) the more children per woman in a given country, the higher the mortality rate, (2) the higher the per capita GNP rate, the smaller number of children per woman. In poorly developed countries, the death of one child is compensated for by the birth of another (the psychological reason). Moreover, children have to work on an equal par with adults (e.g., in Sub-Saharan Africa), so the bigger number of children in the house, the more money earned and the higher the chance to survive for the entire family (economic reasons). On the other hand, in highly developed countries, we can notice the unwillingness to share income with a larger number of children, because that would mean a decrease of the material standard of living (psychological and egoistic reasons). As children do not work in wealthier countries, the responsibility for covering all expenses in the household rests with parents; the latter, realizing that they cannot provide adequate living conditions to a larger number of children, do not decide to have a larger number of offspring for economic or moral reasons.


According to some forecasts, a large number of population (around 1 billion) will move to cities in the next few years, which will increase the number of „mega-cities”. These migrations will contribute to the deepening of crisis on the labour market, to the insufficient number of flats, water and food resources, which in turn will lead to the aggravation of „social diseases”: corruption, crime, prostitution, alcoholism, the abuse of drugs, armed conflicts between ethnic groups and other pathologies.


Fewer children are born where more of them survive, and more of them survive where a higher level of development exists. Thus, if we want to reduce population, we must ensure the possibility of development to the poorest. The number of the poor is large not because there are many of them, but because poor people live in poverty (they need many hands to maintain their families). Briefly speaking, the size of population is a consequence of poverty.

(1)    too large population makes it impossible to feed all inhabitants of Earth,


(2)    an excessively large number of people will disturb the balance of our planet. These arguments do not seem to find confirmation in reality for at least two reasons: Firstly, the annual production of cereals on the level of 2.3 billion tons is sufficient to feed all inhabitants of our globe. With such amount of food, it is possible to feed an even larger population. According to calculations, 1.3 billion tons of food are discarded. Secondly, if an inhabitant of the West speaks of the danger of disturbance of the balance of our planet without considering the fact that the average American consumes 280 times more energy than the average inhabitant of Bangladesh, and the entire United States with its population of over 300 million people emit the same quantity of carbon dioxide as all inhabitants of India, Russia, Indonesia, Brazil, Pakistan, Bangladesh and Iran (2.2 billion of people). This is a specific proof of hypocrisy.


Roger Revelle former director of the Harvard Center for Population Studies estimated that Africa, Asia and Latin America alone, simply by using water more efficiently, could feed 35 billion to 40 billion people – seven to eight times the current world population – and that assumes no change in technology.


The former director of the Agricultural Economic Institute at Oxford University, Colin Clark, has estimated that if the world’s farmers were to use the best methods of farming available, an American diet could be provided for 35.1 billion people. If a Japanese-style diet were provided, this number would be trebled.


A switch to organic agriculture would be more than enough to support an estimated population peak of around 10-11 billion people by the year 2100 ″we have shown that it is possible to both feed a hungry world and protect a threatened planet,” according to Jonathan Foley, head of the University of Minnesota’s Institute on the Environment.


Eco-farming could double food production in entire regions within 10 years while mitigating climate change, according to a new U.N. report.


In 1996 the United Nations Food and Agriculture Organization estimated that the world was producing enough food to provide everyone with 2,700 calories a day, 500 more than is needed by the average human.


According to the American Association for the Advancement of Science in 1997, 78 percent of all malnourished children aged under five live in countries with food surpluses. ”The problem is that many people are too poor to buy readily available food” …Even though ‘hungry countries’ have enough food for all their people right now, many are net exporters of food and other agricultural products.”


Since 1948, according to the U.N. Food and Agriculture Organization and the U.S. Department of Agriculture, annual world food production has outpaced the increase in population by about 1 percent. Despite sufficient national food production to meet the needs of Pakistan’s 170 million people, according to WFP, some 83 million people, almost 50 per cent of the population, were food insecure by 2010.


Robert Watson, chief scientific adviser to Britain’s Department of Environment and Rural Affairs and a former chair of the Intergovernmental Panel on Climate Change explained ”Hunger is not a food production problem. It is an income problem.”


Robert Fox of Oxfam Canada. “There is no food shortage in the world. Food is simply priced out of the reach of the world’s poorest people.”


Ngozi Okonjo-Iweala , World Bank Managing Director – “There is not a global food shortage — there is a price crisis”


The Financial Express of Bangladesh “…if all the earth’s available arable land, water and technology were to be used to produce food, it could feed sixty billion people, according to one FAO estimate
Posted by ajohnstone at 12:00 pm