Capitalism is to blame 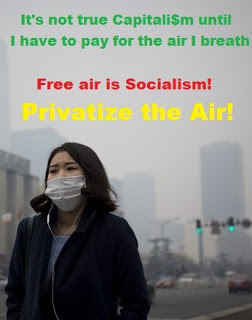 "Climate change is not the creation of the mere existence of billions of humans who inhabit the planet, but is wrought by the few who control the means of production and make the central decisions about energy use, argues Andreas Malm. In what is more Capitalocene than Anthropocene, a head-on confrontation with fossil capital is imperative if we are to prevent extreme climate events like the hurricanes that have devastated Dominica."  Andreas Malm
In academia, media and policy-making circles over the past decade or so, a storyline has taken hold. It says that the problem has been created by all of us. Global warming is the fault of the human species as a whole. We live in the Anthropocene, the epoch when our particular species has overtaken the natural forces in determining the trajectory of this planet, most obviously in the realm of climate – and so humans in general are responsible for the ensuing catastrophes.
It is exceedingly difficult to see what scientific grounds there could be for such a view, but a multitude of intellectuals expounding on the Anthropocene have made similar statements. On this view, it is a case of the chickens coming home to roost.
The Anthropocene narrative is flawed because it distorts and obfuscates that reality – not by saying that human actions have caused climate change, which is an incontrovertible fact, but by sliding from that observation into the depiction of the human species as a unified protagonist. It is anything but. For the past few thousands of years, as long as class societies have existed, Homo sapiens has been a deeply fractured entity, and never more so than in this rapidly warming world – where the world’s eight richest men own as much wealth ($426 billion) as the poorest half of the world’s population combined ($409 billion), according to Oxfam (link is external), the charity (January 2017). Wealth is known to correlate closely with carbon dioxide emissions. It is the sign of profits from business-as-usual and the best proof against its consequences. Soaked in fossil fuels, it is the engine of the storm.
We are being told that climate change is created by an anonymous mass of millions and billions of humans, when, as American geographer Matt Huber (link is external) has recently argued, it is in reality, a very narrow segment of the species that controls the means of production and makes the central decisions about energy use. That segment operates with one goal in sight – expanding its riches further. The process is known as capital accumulation, and it grinds on relentlessly, with no regard for the fate of humanity or the ever more desperate alarms from climate science.
in December 2017, The Guardian (link is external) newspaper reported that the production of plastics in the United States is set to increase by forty per cent in the next decade – since ExxonMobil, Shell and other fossil fuel corporations have used the ongoing shale gas boom to invest massively in new plastic plants. They will lock the American – and by extension, the global – economy, even deeper into its addiction to plastic products. These will eventually make their way to beaches around the world, and to fossil fuels, the heat from which will find new islands to devastate. From the standpoint of capital, that is exactly the right thing to do: invest in the production and consumption of fossil fuels to generate profit. It is this process that has fuelled global warming from the very start.
Taken from here
https://en.unesco.org/courier/2018-2/view-dominica-anthropocene-capitalocene