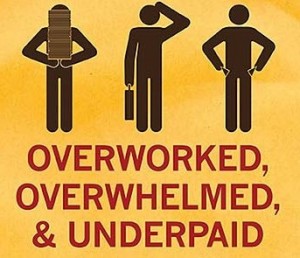 Price rises in essential utilities that are set to be introduced in April could result in families plunging into the red and having to turn to moneylenders, consumer campaigners have warned.


The average household will have to pay hundreds of pounds more as a result of rises in the price of energy, water and council tax. Campaigners have said that this will especially affect the thousands of people who are already having difficulty affording to live within their means.
“For most people struggling to make ends meet, every slight price rise takes them closer to the edge of affordability,” said Martyn James from complaints site Resolver. “I’ve seen people forced into the arms of payday lenders to make ends meet, so when these latest price hikes happen, the impact on those already teetering in to the red will be sudden and devastating..." James added,  “Let’s not forget that some bills, like water and council tax, are not ‘optional’ and you can’t exercise your right to go to another provider. There’s a limit to how many savings people can realistically make,” he said.
Last week the energy regulator Ofgem said that it was lifting two price caps in April, which will result in an increase in energy bills for about 15 million households. The big suppliers are expected to raise their prices on default tariffs to a new ceiling of £1,254 a year for a home with typical use, wiping out the impact of the cap.
“The much-vaunted but ill-thought-through price cap will now feel like a damp squib to most people. It may have cut bills for three months, but from 1 April, the new rate jumps up 10%,” he said. “To put this in context, the new average rate of the cap will be £1,254 a year. That’s actually £34 more than firms were charging in December, before the cap launched – and as most of the big six providers snuggle their prices right against the cap, people will likely see that increase [though of course it may have increased more without it].”
Water and sewerage bills in England and Wales are to rise by 2% from April, adding £8 to the average annual cost. This will bring the average annual bill to £415.
Council tax increases of just below 5% are also expected to be introduced in April, adding about £80 to an average household’s bill.
https://www.theguardian.com/money/2019/feb/10/utility-bills-increase-poverty-devastating-families