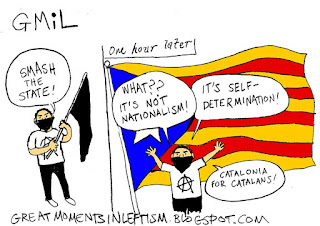 
The Socialist Party offer the solution to capitalism’s repeated crises. It consists in eliminating capitalism itself. We believe that capitalism threatens any hope for social justice and human dignity.  We look out on a worldwide crisis of capitalism with its mass hunger, disease, environmental destruction, poverty, and economic collapse. Capitalism threatens the survival of all life on this planet.  Nothing short of revolution and socialism can answer this climate threat. The challenge is ours. In the face of growing hardships and mounting attacks on workers in the factories, mines and fields, and in every sphere of society, we need to take matters into our own hands and fight back against the capitalist owning class that rules over us.


The Socialist Party shows that capitalist society is based on the exploitation of the working class by the capitalist class and that all the evils of this society arise from that. It further explains how the working class in abolishing capitalism will put an end to the division of society into classes and bring about a new era in human history where mankind as a whole, through it cooperative efforts and conscious planning, can advance to heights undreamed of in the past. The aim of the working class, through all its daily class struggle battles against the employers, must not only be to win whatever concessions that may be wrung from them but to build the strength and for the day when it will be able to overthrow the capitalists altogether.


The capitalists, of course, try to present their rule and their system of exploitation as eternal and that there is no alternative to capitalism. The capitalist lives by exploiting the worker and the worker lives for the day he or she can end this exploitation. Freedom for the working class means the ending of capitalist wage-slavery. The Socialist Party, openly declares that it represents only the working class and seeks the overthrow and elimination of capitalism by the working class itself. The Labour Party Left is drowned in the stinking depths of “practical” politics, the position of lobbyists and campaigns. These liberals and progressives are not wrong in describing what is ugly, brutal and mischievous under capitalism. They are not wrong in describing the terrible exploitation which exists, the poverty, unemployment and war which occur with regularity under capitalism. But they are very much wrong in not understanding that the only way to get rid of these things is by abolishing capitalism and replacing it with socialism. They hope to make a better world out of a system which cannot be reformed. They possess an inability to understand that all the ills affecting working people are due to capitalism.
Posted by ajohnstone at 2:46 am