Bill Gates’s well-connected mother introduced him to executives at IBM, which helped him forge a deal for his first operating system MS-DOS.

Mark Zuckerberg reportedly took a $100,000 loan from his father to start Facebook.

Nike founder Phil Knight credits his parents for helping him start the company too.

“There is a strong connection between your parent’s income and your chances of becoming a startup entrepreneur, with those from a strong financial background having a higher chance of becoming entrepreneurs,” said Shira Greenberg, the chief economist Israel’s ministry of finance, in a recent report conducted by his agency and reported by the Jerusalem Post.

“Having strong financial support can help someone who is interested in setting up a startup and providing a financial safety net in the case of failure,” the report said. The study found that the income of an entrepreneur’s parents was the most important factor towards the likelihood of starting up a business.

2013 findings of University of California, Berkeley economists Ross Levine and Rona Rubenstein, who looked at the shared traits of entrepreneurs and found that most were white, male, and highly educated.

“If one does not have money in the form of a family with money, the chances of becoming an entrepreneur drop quite a bit,” Levine told Quartz.

Being intelligent wasn’t a factor either. The Israeli study found that even those that scored lower on mathematic achievement tests but came from a family with higher income and wealth had more of a chance becoming an entrepreneur.

Entrepreneurs are great, but it’s mom and dad who gave them their start | US small business | The Guardian 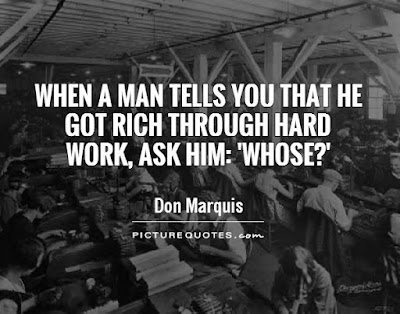