When scholars use the term Aryan, it refers to a group of people who spoke Indo-European languages and called themselves Aryans. It does not refer to a race, as Hitler used it or as some in the Hindu right-wing use it.
Hindu right-wingers believe the source of Indian civilisation are people who called themselves Aryans - a nomadic tribe of horse-riding, cattle-rearing warriors and herders who composed Hinduism's oldest religious texts, the Vedas.

The Aryans, they argue, originated from India and then spread across large parts of Asia and Europe, helping set up the family of Indo-European languages that Europeans and Indians still speak today.

Many Indian scholars have questioned the "out of India" thesis, arguing that these Indo-European language speakers - or Aryans - were possibly just one of many streams of prehistoric migrants who arrived in India after the decline of an earlier civilisation. This was the Harappan (or Indus Valley) civilisation, which thrived in what is now north-western India and Pakistan around the same time as the Egyptians and Mesopotamians. However, Hindu right-wingers believe the Harappan civilisation was also an Aryan or Vedic civilisation.

The most recent study on this subject, led by geneticist David Reich of Harvard University, was published in March 2018 and co-authored by 92 scholars from all over the world - many of them leading names in disciplines as diverse as genetics, history, archaeology and anthropology. The study showed that there were two major migrations into India in the last 10,000 years.

The first one originated from the Zagros region in south-western Iran (which has the world's first evidence for goat domestication) and brought agriculturists, most likely herders, to India. This would have been between 7,000 and 3,000BCE. These Zagrosian herders mixed with the earlier inhabitants of the subcontinent - the First Indians, descendants of the Out of Africa (OoA) migrants who had reached India around 65,000 years ago - and together, they went on to create the Harappan civilisation.

In the centuries after 2000 BCE came the second set of immigrants (the Aryans) from the Eurasian Steppe, probably from the region now known as Kazakhstan. They likely brought with them an early version of Sanskrit, mastery over horses and a range of new cultural practices such as sacrificial rituals, all of which formed the basis of early Hindu/Vedic culture. (A thousand years before, people from the Steppe had also moved into Europe, replacing and mixing with agriculturists there, spawning new cultures and spreading Indo-European languages).

Other genetic studies have brought to light more migrations into India, such as that of the speakers of Austro-Asiatic languages who came from south-eastern Asia and the Tibeto-Burman.

These are not just theoretical debates. To many in the Hindu right wing, these findings are unpalatable. The new study puts an end to the debates and it has thus come as a shock to the Hindu right-wing. In a tweet attacking its co-author Prof Reich, ruling party MP and former Harvard University professor Subramanian Swamy said: "There are lies, damned lies and (Harvard's 'Third' Reich and Co's) statistics."

They have been campaigning to change school curricula and remove any mention of Aryan immigration from textbooks. And several hugely popular right-wing "history" handles have long been attacking India's leading historians who have defended the theory of Aryan migrations and continue to do so.

For Hindu nationalists, there is a cost of admitting that the Aryans were not the first inhabitants of India and that the Harappan civilisation existed long before their arrival. It would mean acknowledging that Aryans or their Vedic culture were not the singular fountainhead of Indian civilisation and that its earliest sources lay elsewhere.

India's junior minister for human resource development, Satyapal Singh, was recently quoted as saying: "Only Vedic education can nurture our children well and make them patriots who have mental discipline."

The idea of the mixing of different population groups is also unappealing to Hindu nationalists as they put a premium on racial purity. There is also the additional issue of the migration theory putting Aryans on the same footing as latter-day Muslim conquerors of India - such as the Mughals.

The ruling BJP government in Haryana state, which neighbours the Indian capital Delhi, has demanded that the Harappan civilisation be renamed the Saraswati river civilisation. Since the Saraswati is an important river that is mentioned in the earliest of the four Vedic texts, such a renaming would serve to emphasise the link between the civilisation and the Aryans.

Indians have created a long-lasting civilisation from a variety of heredities and histories. The genius of the Indian civilisation during its best periods has been inclusion, not exclusion. Unity in diversity is, indeed, the central theme of India's genetic make-up. 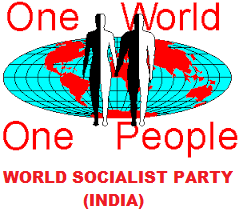 Posted by ajohnstone at 8:14 am