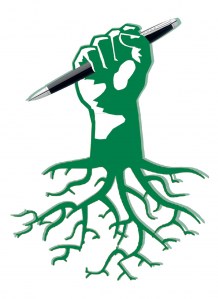 Capitalism is the cause of a range of environmental issues the world is facing. The Socialist Party is very much aware of the threats we are up against and have no intention of misleading them by suggesting that capitalism can be controlled by a string of green reforms. The only way to take politics out of the climate change question is to take capitalism out of the equation. Of course, capitalist governments are not going to entertain that option. But we ought to. It is impossible to tackle environmental problems without effective global planning and cooperation, a prerequisite for which is eliminating the conflicts that result from scarcity.

Ecology is a science — the study of the inter-relations between living organisms and between them and their non-living environment, one that emphasises treating the subject matter as a whole and recognising the interdependence and interconnectedness of the various parts as well as the fact of continuous change. As ecology happens to emphasise this more than some other sciences, this was an additional reason as to why it appealed to socialists when knowledge about ecology became more widespread in the 1960s.This approach is, in fact, the best approach for all fields of scientific study. But ecology is a science and not a political doctrine.

The Socialist Party contends that the growth needed to remove scarcity can be sustainable, but only if organised in the context of a democratically planned socialist economy where production and distribution is based on human need and not markets and profits, and where buying and selling is abolished and with them consumerism and all its associated waste, where any economic growth can be constantly assessed for the impact it will have on nature and society.

The Socialist Party argues that not only is environmental destruction caused by the profit system but also that it is the science of ecology provide the knowledge and techniques that can be used to solve it given the right social and economic framework. It is because ecology is a science of interrelationships that the Socialist Party have always realised its significance. Indeed, because it emphasises the importance of the way living things get their means to survive it is the application to the world of nature of the same approach that Marx's materialist conception of history takes to human society; it is a materialist conception of the world of living things.

Here’s an idea: take the whole world and everything in it and let it be owned and controlled by the people who inhabit it. Let us no longer produce for profit hut solely for use. Let us do away with money and have free and equal access to available goods and services. Let us break down every national border and have a democratic global community, organised locally, regionally and worldwide. Let us stop tormenting ourselves with the nonsense that human nature makes us useless and foolish. Let us recognise that humanity is intelligent and co-operative and capable of living in harmony.

That is the vision. It is no utopia. It is realisable. It has never been tried. It offers a solution to the madness of having a world of potential abundance while millions starve and are deprived in a thousand different ways. The most exciting and empowering aspect of this idea (call it socialism—call it whatever you wish) is that it can only come about when the majority whose passivity gives leaders their power stop following and start uniting consciously and democratically. Because the problems are world-wide, we think that the solutions have to be world-wide. First, we are going to propose that the world organises itself democratically. It is not so at the moment, because we rely on leaders. We put people into positions of power, where they can control vast fortunes and vast armies, and then we expect them to act in our interest. That's like putting children in charge of a sweetshop. We should not be surprised when they let us down. But the world is no sweetshop, it is a matter of life and death. If we cannot trust leaders, we must learn to stand on our own feet - without leaders. We are not children, however much we are treated like children. We do not have to be helpless and weak. If we decide to make our world into a democracy, we are well able to do it.

If we decide that we should not be ruled over by tyrants and masters, we are well able to do that too. If enough of us organise together, we can accomplish anything. Which is just as well, because not everyone would welcome more democracy. In fact, there is a tiny minority of people who would not be at all pleased if we decided to run things ourselves. And that's because they happen to own nearly everything on this planet.
Posted by ajohnstone at 6:00 am