Today, black lung rates are higher than 50 years ago, affecting men as young as their 30s. Dr James Brandon Crum was alarmed.  Why was he suddenly seeing so much severe black lung – an old man’s disease – thought to be an illness of the past, appearing in younger men with significantly less time in the mines?  Crum was shocked. Coal workers’ pneumoconiosis, commonly known as black lung disease, an incurable but entirely preventable illness caused by inhaling coalmine dusts, was showing up in x-rays at his clinic far above rates reported by the National Institute for Occupational Safety and Health (Niosh). Niosh intended to verify that applicants for federal and state benefits suffered a lung ailment caused by coalmine dusts, and to classify the type and severity of the disease, which is critical for determining award amounts.  Niosh confirmed Crum’s discovery. The number of black lung cases in Crum’s office was eight times their rates. An additional study corroborated Crum’s findings: 416 cases of severe black lung had been reported in three Virginia clinics. Niosh recently declared that the US is facing an epidemic, affecting one in 10 miners nationally, and one in five – twice the national rate – in the central Appalachian states of Kentucky, Virginia and West Virginia.

Black lung disease is caused by coal dust, which thickens the air and blackens a miner’s face. Increasingly, respirable crystalline silica, which is invisible to the naked eye, and deadlier, is also to blame.
Once these dusts enter a miner’s lungs, he will take them with him to the grave. Before then, they will sit quietly. Unnoticed. Unseen. Until enough white blood cells accumulate around the particulates to be visible on an X-ray like grains of salt sprinkled across a black tablecloth. These coal macules mimic ordinary lung tissue and other possible lung ailments and are frequently unnoticed or misdiagnosed.
Though the nodules are part of the body’s ongoing effort to rid itself of the dusts, they can become their own problem. Continued exposure to dust will grow into scar tissue or fibrosis culminating in the complicated form of the disease. In time, the scars will become as big as a grain of rice. A dime. A quarter. A half dollar. Lung capacity declines. Hypoxemia (low blood oxygen levels) sets in. All the internal organs are taxed, particularly the heart and brain, as the scar tissue slowly “eats up” a miner’s lungs. The body just won’t quit trying to rid itself of these once invisible particulates until the day finally comes when the miner does not have sufficient lung capacity left with which to breathe.
Today’s black lung rates are higher than the ones that inspired miners and physicians to push for the Federal Coal Mine Health and Safety Act of 1969 almost 50 years ago.
“Being from this area and being from a mining family, you always had the older people who had black lung,” says Crum. “It affected them in their 70s. Now with it affecting men as young as their 30s, you have it not only affecting them, you have it affecting the younger children and their families and wives.” 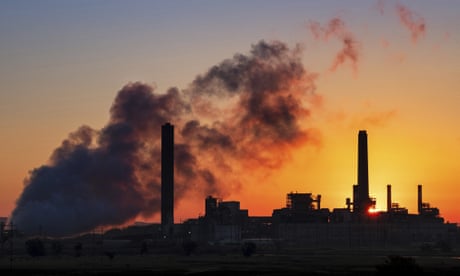 And in Kentucky, their right to decent healthcare is being curtailed. Earlier this year, Kentucky’s Republican-led legislature passed House Bill-2 (HB-2), which curtails worker’s compensation, including black lung benefits, to 15 years. The bill also cuts radiologists like Crum from the certification process, limiting the doctors who can approve benefits to four pulmonologists. Three of whom consult for the coal industry.

Black lung claimant attorney Phillip Wheeler openly refers to the bill as “The Dr Brandon Crum Exclusion Bill”. HB-2 “stacks the deck in favor of the companies”, says Wheeler. Applying for black lung benefits is an adversarial process in which the coalminer is the plaintiff and the coal company is the defendant. The plaintiff must prove black lung is disabling, and that it came from coalmining. The company’s job is to defend itself and not have to pay benefits. Kentucky has already succeeded in creating backlogs through various means. Before HB-2 went into effect this July, the wait to receive black lung benefits was about two years.

Central Appalachian coal seams have their own particular lethality. Now that thicker seams of coal have been mined out and more rock must be cut, miners have been exposed to greater amounts of respirable crystalline silica dust, which is largely to blame for the spike in complicated black lung. There are other causes, too: more powerful machinery, longer workdays, fewer days off for miners to rest their lungs and a culture of company fealty that stretches back to coalmining’s earliest days. Coalmining is also rife with bent rules. Just because a federal protection is in place doesn’t mean companies observe it – employees of Armstrong Coal were recently indicted in western Kentucky for conspiring to falsify dust readings. In the 1960s, the narrative was the industry versus the workers, who had the public sympathy and strength in numbers. Now, the story that coal country likes to tell itself is one of a beleaguered industry and its workers united against a “war on coal”, in which zealous environmentalists threaten to put them all out of business – though a shrinking global market is the real culprit.
“What we’re seeing in central Appalachia right now is the prequel to what you will see occurring in the rest of the United States coal fields, over the decades to come,” Crum says of the current crisis. He predicts that all of the other coal-producing countries – Canada, China, India, Australia and others – will see an increase in black lung disease as higher-quality seams of coal are mined out. “This is a massive problem. And it’s just gonna get worse.”
https://www.theguardian.com/us-news/2018/dec/13/dr-dust-the-man-who-discovered-a-hidden-black-lung-epidemic
Posted by ajohnstone at 3:00 pm