A discussion between Jonathan Porritt and the Socialist Party (1987) 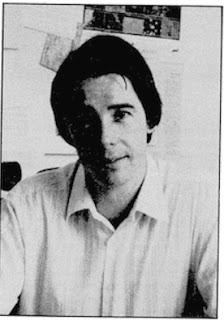 Many activists in the green movement have not realised that the Socialist Party has long been focussed on the problem and has been offering its analyses for a long time.

This is an interview conducted with Jonathon Porritt, a prominent and respected spokesperson within the environmentalists. The interview is dated from August 1987, over thirty years ago. We maintain that our argument remains even more relevant for today.

Socialist Standard: But perhaps I could come back briefly to one thing you said earlier, and that was basically "the world's in a mess", that people's values are on the whole fairly negative, and people are being encouraged to move in directions which all ecologically-minded people would deprecate, and this comes from values which we'd essentially be against. Now what we'd advocate would be a society of self-determined need. Now if at present what we've got is a society where people aren't capable of determining their own needs because of the pressures upon them, surely the logical answer to that is for those who are in favour of a society of self-determined need to advocate that. They should do as much as possible to make people see that it would be in their interest and in the interest of the community as a whole to have that kind of society, rather than the kind of society we've got at present where people are at one another's throats and encouraged to have values which are not in their own individual interests and not in the social interest.

Jonathon Porritt: I couldn't agree with you more, but what lies behind your question is the suggestion that unless you're doing that full time everything else which you do is going to be second-best. Now I wouldn't agree with that because I feel very strongly that there are so many different ways in which one can encourage people to come to that perception. I don't believe that the only way in which you can do that is by beating them over the head with a different political ideology. And I actually believe that there may be many more indirect ways of eroding that value system, by holding it up to inspection so that people begin to question whether or not it's any longer valid for them. And that's what I meant when I said that Friends of the Earth is not just a reformist organisation, not just a single-issue campaigning pressure group, but actually has a deeper goal behind it. namely to suggest that today's environmental problems are symptoms of a system that is suffering a profound breakdown or malaise, and that system is in the state of crisis it's in because of the values that dominate our society. As an ecologist, one is then able to touch upon alternative value systems, which would give greater priority to things like: concepts of inter-generational equity, how one generation is responsible for the well-being of the next by the use that it makes of the resources available to us; how one can talk about the distribution of wealth North and South, not just in a charitable syndrome. i.e. we owe them more because we're rich and they're poor, but in terms of the way in which the earth's wealth has been ripped away from them by us and is still being done so, so much to their detriment that it's now impossible for many of those countries even to contemplate the beginnings of a sustainable future. And all of those ways of talking about equity and justice, which start from ecological underpinning, and yet still lead through to the same point that you started out at, namely that today's value system is both immoral and unsustainable — that is something that Friends of the Earth can do.

I'm sure that one of the things we would have in common is a grave concern about the level of political debate in this country, which in my opinion is a source of genuine despair. So many people see it as a kind of abstract thing up there, "let the politicians get on with it, it's nothing to do with us, well live our life" — that is a real problem.

But you're quite right to call organisations like Friends of the Earth to book and say, How can what you do be more effective than going out there and pitching the challenge absolutely directly and not in the faintly mealy-mouthed way — which I would acknowledge — that we sometimes use. I wouldn't necessarily defend our line to the hilt, but I would say, from our experience, that it is a question of finding the most effective way of reaching different kinds of people

Socialist Standard: Many people have said to us: we agree with your ideas, and we think as a long term goal they're very laudable, and we want to work towards them. At the same time, there are lots of other things that need to be done in the meantime, and we're going to do those as well. In other words we re going to engage in 50/50 activity — 50 per cent reform, short-term activity, 50 per cent long-term, revolutionary activity. In actual practice, what happens is that within a very short time those people are thoroughly, 100 per cent engaged in the reform activity because it takes all their time and all their energies, and the long-term revolutionary activity gets completely forgotten. The German SPD Party once had these revolutionary aims of the abolition of the wages system and a society of free access; they were finally removed but these date back to the end of the nineteenth century; people in the nineteenth century actually had these ideas. So the reason why we in the Socialist Party say. No, we've got to keep our ideas in clear, logical focus is that otherwise they get lost completely. Not only do we not advance the idea of Socialism as a wageless, moneyless society, a marketless society. with self-determined needs, but we actually put it back; there's not even anybody there to put the case.

Jonathon Porritt: I'm certainly not critical of you and indeed the party for the position that it takes there. I've always said this, that there is a need for that kind of expression, a very important need. What I'm trying to put to you is that it's a bit of a vicious circle because you are dependent upon so many people making that their priority that the thing assumes a different status in society, it assumes a different level of credibility. Until that threshold is reached, an awful lot of us say. "Yes. but it isn't possible psychologically and personally endlessly to go on re-motivating, re-committing, spending literally 18 hours of every single day of the year putting one's heart and soul into doing the kind of thing you're doing. You must have attainable, shorter-term goals than the longer-term revolutionary change. I couldn't have gone on much longer in the Green Party, at the level of involvement I had there, because there wasn't any short-term achievable goal; it was all very much pitched at the same level that you're talking about. I'm still obviously very committed to the goals and the ideals of the Green Party, and I feel I'm still working for those goals and ideals by working here. Everything I do here, however short-term, reformist, opportunistic. and pragmatic it may sometimes be, I justify because all of the shorter-term things that we do I see as very humble, but nonetheless extremely important, steps on the path towards achieving that broader, more revolutionary framework.

Socialist Standard: And the things that in a revolutionised society would be done as a matter of course, without having to apply pressure to achieve them.

Jonathon Porritt: Precisely. But it's become impossible for me to work in any other way, because of the pain that we cause by so abusing each other and so abusing the earth, that we're incapable of seeing how different it could be. I can't claim any major revolutionary breakthroughs in Friends of the Earth over the last three years, but I can claim on behalf of the organisation some small improvement in things that would otherwise be worse than they are. And I personally feel that's better than not having done it. It's not much of a difference — I don't deny it. In terms of moving the world forward to some of those goals that we might have in common, I don't have any pretensions that I've achieved very much over the last three years.

Socialist Standard: We'd argue that this vicious circle does exist, and unless we break out of it by a sufficient number of people espousing the more long distance course, we're always going to be in a position where people say, 'Well I'll do something else in the meantime', and we'll never reach the position where the thing can really take off. 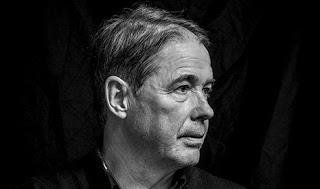 Jonathon Porritt: I agree. I can't get through that one myself. I'm not being despairing or fatalistic about it, but I can't deny the reality of what you're saying. I can't actually see a solution to it.

A very interesting discussion. Thanks for digging it out.