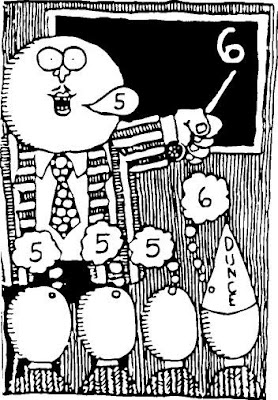 Around 2.3 million children are estimated to be living in poverty in the UK.

An EU report published last year which showed the UK was 24th out of 29 countries for child wellbeing, behind countries like Estonia, Hungary, Greece and Slovakia. A second report, published by the Organisation for Economic Co-operation and Development towards the end of last year, put the UK 20th out of 30 countries for wellbeing.

Jonathan Bradshaw, associate director of the Social Policy Research Unit said child poverty rates in Britain today are still double what they were in 1979.

He warned that in many respects, the Government's strategy to eradicate child poverty by 2020 has failed.
"...We missed the five-year targets and we are certain to miss the 10-year targets now."

Highlighting the link between poverty and school achievement, Prof Bradshaw referred to research due to be published in the coming weeks by Kathleen Kiernan of York University.
Prof Bradshaw said: "The conclusion from this, of course, is that parenting matters, but so does poverty, and one can effectively undermine the other."
Posted by ajohnstone at 4:53 am