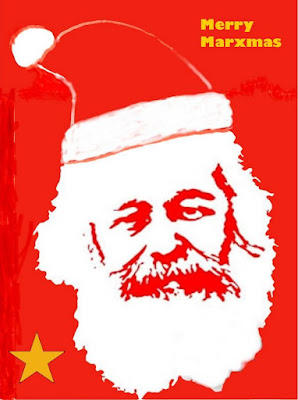 From the December 1965 issue of the Socialist Standard

Today Christians celebrate the birth of their Christ. It is therefore appropriate once again to examine the Christian religion and its relations to socialism and the working class.

Christianity is a comparatively recent religion but it is thick with the debris of man’s earlier superstitions. The pagan influence on the Christmas festival is especially well marked, for December 25th was a holy day long before Jesus Christ was even thought of. Primitive man worshipped the sun because the course of his life was dominated by the yearly round of that planet in the heavens. This practice was widespread but especially in northern countries mid-December was thought to be a critical time, as the days became shorter and shorter and the sun itself weaker. Great bonfires were lit to give the sun god strength and, when it became apparent that the shortest day had passed, there was great rejoicing. Thus the Roman winter-solstice festival, held on December 25th in connection with the worship of the sun-god Mithra, was known as the birthday of the unconquered sun-god.

December 25th was not generally introduced into the Western Church as Christmas day until the fourth century and it was even later before it was accepted in the Eastern Church. Several Christian sects had previously fancied the 24th or 25th of April as a suitable “holy” period—thus arbitrarily connecting Christ’s birth with the vernal equinox rather than the winter-solstice—while still other factions chose alternative solar festivals. However, St. Chrysostum (5th century) gives a very practical reason why December 25th was to be preferred. “On this day the birthday of Christ was lately fixed at Rome, in order that while the heathens were occupied in their profane ceremonies the Christians might perform their holy rites undisturbed.”

Man's consciousness is a reflection of his material environment. While he was struggling to find his feet in the universe it was understandable that he should interpret phenomena which he could not comprehend in supernatural terms but, in the twentieth century, such irrational relics from the past can be of no value to the working class.

Christians have argued against the materialist conception of history by claiming that the driving force behind the universe is a god’s will and that, while everything else may be subject to change, God and his religion remain constant. Yet the briefest examination of Christ and his theories shows him clearly as a product of his times. For example, he plainly shared the then common belief that disease was due to infestation with demons and he told his followers, “In my name ye shall cast our devils”. Again, religion has always been the willing tool of the ruling class. The church today holds chattel slavery to be immoral. But when Constantine the Great accepted the Christian religion the pope of the time received him with acclamation and no one suggested to him the need to surrender his slaves, of which he held thousands. Similarly, the Christians’ god today dutifully reflects the interests of capital. Thus for hundreds of years the popes excommunicated those who put their money out at usury and denied them Christian burial because of this “grievous sin”. Yet, strangely, since Pope Benedict XIV’s condemnation in 1745, God has not moved his spokesmen to breathe one word against this practice.

We are told that the Bible is God’s word. This being the case, his laconic message could not be clearer—“Thou shalt not kill”. The record of the Christian churches in this century alone illustrates that they have never hesitated to take sides in Capitalism’s bloody quarrels. In the first world war the workers were urged to slaughter one another with God on their lips: “God of our Fathers . . . Be thou the rampart of our costs, the frontline of the battlefield”. And in the second world war Christians intoned in harmony with capitalist interests in both Germany and Britain. “You have every reason to say prayers for the Führer. May God preserve him, because we need an eternal Germany.” (Reported in the Daily Mail, May 9th. 1944.)

On the other hand in the Church of England Newspaper, February 23rd, 1940, we find a thoroughly English god rallying under the Union Jack: “It is to the living God therefore we must look for deliverance in the present hour. He it is Who delivered our fathers from the ‘Invincible’ Spanish Armada; He appeared on our behalf in 1914-18; and He will help us now if we call upon Him with a true heart.”

Capitalism is a dirty business, based as it is upon the misery of the majority of mankind. But it is well served by its priesthood, always ready with the facile lie and the glib distortion to endorse the actions of the bourgeoisie and persuade the workers that their present lot is part of some unalterable, God-given system.

Clearly then the Christian religion is a most versatile creed. Is it possible that it could be adapted again to serve the interests of a socialist society? The answer is no, for at all times Christianity and Socialism are contradictory. Socialism involves a rejection of leadership and the determination that the workers themselves must achieve socialism. Conversely? Christianity is rooted in a blind faith in leaders, both worldly and supernatural. The priests urge their flocks to remain servile and reap the blessings of poverty. They say that it is not up to the workers to consider the system which robs them, throws them into unemployment, subjects them to war and disease; that it God’s province. The Bishop of Barcelona orders: “Have confidence in your Bishops, who have received from God the mission of commanding; learn to obey . . . do not change a word of the directives that the Holy Church gives you through the Bishops. Be obedient!”

Again, within capitalist society there is a continual class struggle which can only be abolished by the establishment of a classless society—socialism. But Christians believe that there is a harmony of interests under capitalism. Pope Leo XIII in his Encyclincal on Labour asserted: “If one man hires out to another his strength or his industry, he does this in order to receive in return the means of livelihood, with the intention of acquiring a real right, got merely to his wage, but also to the free disposal of it . . . Socialists . . . strike at the liberty of every wage-earner, for they deprive him of the liberty of disposing of his wages.” The good pope has a point—in that socialism will certainly deprive everyone of the “liberty” of wage-slavery. However, with typical Christian charity (towards the bourgeoisie) he chooses to overlook the fact that under capitalism the workers are forced to sell their labour power to the owners of the means of living. This is not, as the pope suggests, a case of fair exchange but is based upon the appropriation of the surplus value created by the workers by the master class.

Yet there are those who still maintain that Socialism and Christianity can somehow by synthesised, given the right leader as a catalyst. The Labour Party has always taken this line and the so-called Christian Socialist Movement lingers on. desperately trying to create some sort of comprehensible amalgam out of conflicting idealist and materialist theories. Their analysis of capitalism is based upon the contention that it is an “evil” system, rooted in sin. But in their literature, we find: “Capitalism has served mankind by accumulating capital, so making large scale production possible and increasing wealth generally . . .” Thus these Christian gentlemen admit that what they call “sin” and “ evil ” have been of service to man. This inconsistency is the inevitable result of trying to accommodate Christianity and Socialism—the utopian and the scientific.

Christmas is supposed to be a time of good cheer when the harsh reality of this world is briefly forgotten. But it is impossible to disregard capitalism even at this time of the year. We address our Christmas message to the working class, about to enjoy yet another wretched holiday under capitalism—the system they chose to perpetuate when they voted for the Labour and Tory parties…