We Refuse to be Enemies 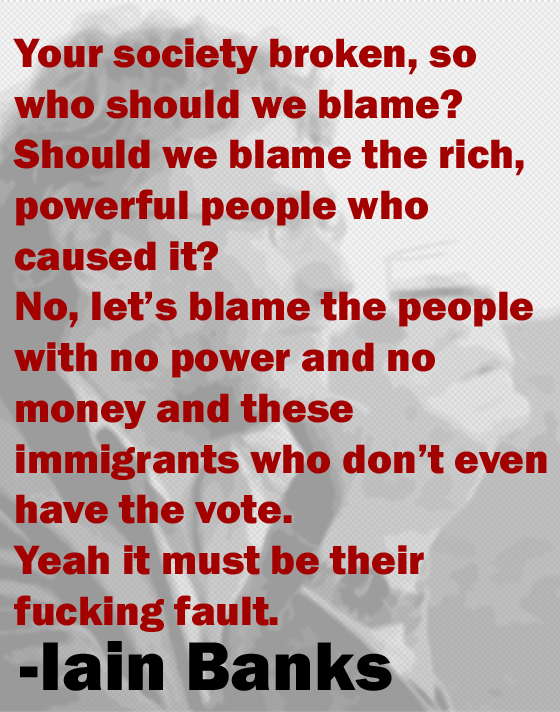 Marx and Engels, by saying that “the workers have no country” were only stating a fact. Since the workers do not own their right share of the country, it can be argued that they are without a country. Socialists look upon the world as belonging to all the people on earth. The capitalists have no right to seize resources, because they do not aim at using them for the benefit of the world’s peoples but for themselves and their own class. Capitalism, indeed, has in view only gain for the benefit of one class, and not the prosperity of all. Socialists try to convince workers who are ready to fight for nationalism that they are mistaken and vainly expending their energy in a wrong direction, and that only the class war can emancipate them; that only the abandonment of every kind of national or state sovereignty and the disappearance of all exploitation of man by man can produce the conditions necessary to guarantee a permanent state of peace in the world.

The attitude of socialists towards national independence resembles that of a doctor who sees a naïve faith-healer treating a disease with ridiculously absurd means. If such a doctor is charitable he or she feels compassion for the patient who is being so dealt with, but he cannot assist in such treatment. The doctor then suggests suitable medicines and is grieved if the attendant will not accept his advice. The agitation for the independence of peoples is, indeed, essentially reactionary, is opposed to that unification of the world which is so desirable, and causes an enormous loss of energy, time, and blood. The real significance of the nationalist struggles is that the capitalist class in those countries want to exploit the workers themselves, without the competition of foreign capitalists, with whom they have to share the surplus value.

The interest of ALL workers lies in the class struggle, in organising to that end, and in linking up their activity with that of other workers. The nationalist struggle is essentially reactionary; the class struggle is indubitably revolutionary. The class struggle, furthermore, makes the exploited recognise the necessity for universal solidarity, whereas the national struggle perpetuates in the masses those patriotic feelings which are a very strong subjective barrier impeding the unity of the workers of different countries. Nationalist struggles may have had some justifiable significance many years ago, when autonomous national economic systems existed. That era has passed away. Experience shows daily that the class struggle can be successful only if it is organised on a world scale. The existing international method of organising the workers is no longer the most suitable for bringing the class struggle to victory. The present problem of the emancipation of the working class is very simple though of vast extent; it is to overthrow the capitalist class, and to organise and administer the economics of the world. The objective conditions for this are already in existence. Those who desire, consciously and purposefully to work for world socialism must wage a ceaseless, uncompromising fight against all kinds of nationalist myths.

The Socialist Party, therefore, declares quite openly that they are unwilling, to take part in any agitation or struggle for any “independence” movements. They warn the workers that they can in no way free them. National “freedom” struggles are a delusion and a snare for the workers. The only advantageous fight for the workers must be the class struggle, not the national struggle.

Posted by ajohnstone at 2:52 am