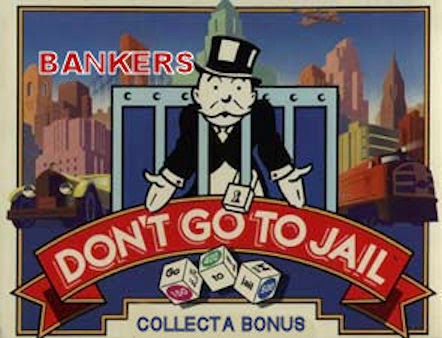 HSBC, Britain's biggest bank, helped wealthy clients cheat the UK out of millions of pounds in tax. The HSBC files, which cover the period 2005-2007, amount to the biggest banking leak in history, shedding light on some 30,000 accounts holding almost $120bn (£78bn) of assets. They show bankers helped clients evade tax. HM Revenue and Customs (HMRC) was given the leaked data in 2010 and has identified 1,100 people who had not paid their taxes. But almost five years later, only one tax evader has been prosecuted. The bank now faces criminal investigations in the US, France, Belgium and Argentina. But in the UK, where the bank is based, no such action has been taken. The man in charge of HSBC at the time, Stephen Green, was made a Conservative peer and appointed to the government. Lord Green was made a minister eight months after HMRC had been given the leaked documents from his bank. He served as a minister of trade and investment until 2013.

HSBC did not just turn a blind eye to tax evaders - in some cases it broke the law by actively helping its clients. HSBC aggressively marketed schemes likely to enable wealthy clients to avoid European taxes. It colluded with some clients to conceal undeclared “black” accounts from their domestic tax authorities and it provided accounts to international criminals, corrupt businessmen and other high-risk individuals. HSBC’s Swiss bankers were also prepared to help Emmanuel Shallop, who was subsequently convicted of dealing in “blood diamonds”, the illegal trade that fuelled war in Africa. One memo records: “We have opened a company account for him based in Dubai … The client is currently being very careful because he is under pressure from the Belgian tax authorities who are investigating his activities in the field of diamond tax evasion.” The documents show HSBC’s Swiss subsidiary providing banking services to relatives of dictators, people implicated in African corruption scandals, arms industry figures and others. Swiss banking rules have since 1998 required high levels of diligence on the accounts of politically connected figures, but the documents suggest that at the time HSBC happily provided banking services to such controversial individuals. In France, an HSBC manager, Nessim el-Maleh, was able to run a cash pipeline in which plastic bags full of currency from the sale of marijuana to immigrants in the Paris suburbs were collected. The cash was then taken round to HSBC’s respectable clients in the French capital. Bank accounts back in Switzerland were manipulated to reimburse the drug dealers.

HSBC also helped its tax-dodging clients stay ahead of the law. When the European Savings Directive was introduced in 2005, the idea was that Swiss banks would take any tax owed from undeclared accounts and pass it to the taxman. It was a tax designed to catch tax evaders. But instead of simply collecting the money, HSBC wrote to customers and offered them ways to get round the new tax.

In one case that illustrates the bank’s conduct, a wealthy British client, Stoke City football club director Keith Humphreys, frankly told his HSBC manager that his father’s $430,000 (£280,000) Swiss account was “not declared” to the UK tax authorities. Humphreys, whose wealth originated from the sale of a local supermarket chain, explained that one HSBC manager had already advised how to extract undeclared offshore money via a credit card. “The credit card is thus used to enable the Humphreys family to make withdrawals from ‘cash points’ when they are outside the UK,” he said. The banker, who even brought paperwork to Humphreys’ stately home in Cheshire because the client was uneasy about “walking around with a set of account-opening documents”, recorded how Humphreys was also alarmed to hear a Swiss lawyer might realise he had a secret HSBC account. “This situation initially appeared to cause some disquiet to my hosts, though this later gave way to a more relaxed attitude with the sentiment that Genevan lawyers would be discreet, something that I did nothing to discourage.” On clinching arrangements in London, the bank manager wrote: “We subsequently repaired to the Ritz, for a very enjoyable lunch.” Humphreys told the Guardian his father eventually had to repay about $224,000 (£147,000) for evading tax due to the UK.

The bank said: "HSBC has implemented numerous initiatives designed to prevent its banking services being used to evade taxes or launder money."


Sue Shelley was the private bank's head of compliance in Luxembourg. It was her job to make sure HSBC followed the rules, but she said she was sacked after raising concerns. She has since won a tribunal hearing for unfair dismissal. She said HSBC did not keep its promise to change. "I think the verbal messages were great but they weren't put into practice and that disturbed me greatly."
Posted by ajohnstone at 12:10 am