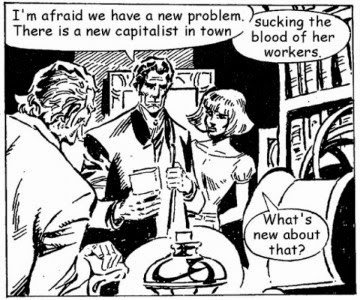 "There is this attitude now that you can pay money and get whatever you want," says Neha Dixit of the magazine, Tehelka. "If you're part of the urban, middle-class elite, you know you can afford it. The rest of India is not so lucky."

Selling blood and paying donors in India is illegal, but across the country, it proliferates. State-of-the-art private hospitals charge up to $65 per unit, not for the blood itself, which is illegal, but for processing and testing. They also require replacement donors. Blood is in chronic short supply in India, according to the World Health Organization (WHO), which stipulates that every country needs at least a 1% reserve. India, with its population of 1.2 billion people, needs 12 million units of blood annually but collects only 9 million - a 25% deficit. India's lack of a central blood collection agency, along with taboos against exchanging blood with people of different castes, largely accounts for the shortage, experts say. For hundreds of millions of impoverished Indians, paying for blood, particularly safe blood, is simply unaffordable.

In March 2014, public interest litigation filed in Ahmedabad, Gujarat, where voluntary blood donation levels are high, revealed that local blood banks had earned up to $1.9m by selling on blood components. They had collected blood for free from voluntary donors, but rather than sharing stocks with poorer hospitals, they had profited handsomely. Non-profit blood banks, like those run by the Lion's Club or Rotary, charge between $38 and $45 per unit of blood, enough to cover the costs of running voluntary donor camps and offering high-end disease screening. But their services are concentrated in big towns and cities.

The Blood Farms
“…he was to find himself along with 16 others — 25- to 40-year-old men from across north India — imprisoned in a slum in Shahpur, two km from the Baba Raghav Das (BRD) Medical College. For two-and-a-half years, the men were kept there, fed twice a day, and made to give blood thrice a week. Protest was impossible — the constant depletion of their blood had made them too weak…All the victims had haemoglobin levels less than 4g/dl as against the 15g/dl found in a normal adult male…Raju Mohanti, whose blood group is the rare A negative, says his blood was extracted 16 times a month…
…A couple of lab assistants trained in blood transfusion, lower-level hospital staff, touts and local goons comprised this gang that made its living selling the blood of its unemployed and/or illiterate victims. They tracked migrant labourers and job aspirants at the railway and bus stations, and got them temporary jobs to make their goodwill seem genuine. After a month or two, they would get them fired and lure them into selling their blood. Meanwhile, a web of touts around the city’s major hospitals…kept track of patients in dire need of blood….”
Marx describes British industry as “vampire-like” which “could but live by sucking blood, and children’s blood too”. Here is another quote: “Capital is dead labour which, vampire-like, lives only by sucking living labour, and lives the more, the more labour it sucks".  In The Condition of the Working Class in England, Engels identifies and blames the “vampire property-holding class” as the source of "all the social troubles". They may have used the blood sucking vampire merely as a metaphor but capitalism turns it into reality.