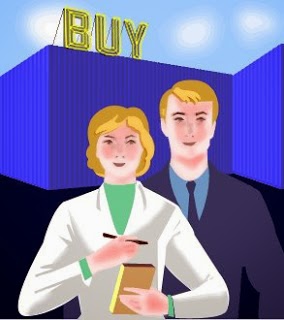 "Let food be thy medicine and medicine thy food." -  Hippocrates

Selling food is big business, with big profits. Masses of farmers and small producers compete to supply a smaller number of processors, manufacturers, and wholesalers. These supply the handful of large retailers who sell directly to the global population of consumers.

The current global food crisis is simple to fix. Simple because all we need is sufficient, healthy food to eat, simple because it's technically possible to have an abundance of healthy food. Globally, we produce double the amount of calories required for the current population, or 4,600 kcal edible food per person per day, which is the right amount for the future peak population of 14 billion. However the world isn't 'being fed'. In fact the recently published Global Nutrition Report shows that almost all countries are facing a serious public health risk due to malnutrition. Malnutrition isn't surprising, given that the chief goal of the majority of players in the food system, from farmers upwards, is not to produce nutritious healthy foods for the people, but to make a profit.

In 2011 in the European Union, the largest five retailers in every country had a combined market share of more than 60 percent in 13 member states (Austria, Belgium, Finland, France, Germany, Ireland, Luxembourg, the Netherlands, Portugal, Sweden and the United Kingdom), with market concentration exceeding 80 percent in both Denmark and Estonia. In most countries, however, market concentration among two or three major retailers is the norm. Two supermarket chains—Coles and Woolworths—control over 70 percent of the Australia’s food retailing sector, while Wal-Mart and Kroger made 43.2 percent of grocery store sales in the United States in 2013. In Canada, 55.5 percent of the grocery and food retail sector was held by three retailers in 2011. Similar consolidation can be observed in South Korea, Brazil, and elsewhere.

Food retailers’ unprecedented power as buyers within national and global markets gives them the ability to set the terms under which the food supply chain operates. Their ability to impose contracts and prices with tough deadlines is key to understanding the growing demand for sub-minimum wages in the food industry. In order to meet their obligations, stay afloat financially and weather the efforts of retailers and processors to lower costs, producers and suppliers often subcontract labour and other low value-adding business activities. For example, farmers, who rarely have the labour capacity to harvest time-sensitive crops, may hire large numbers of workers through agencies for short periods of time.

These agencies may in turn outsource their activities to a third party, either because they are unable to meet their obligations or because they want to take advantage of a lower cost provider. Labour supply chains operating through multiple intermediaries and stages of subcontracting are particularly vulnerable to forced labour. Slavery in the Thai fishing industry, forced labour in American and British agriculture United States and the United Kingdom agriculture, child labour and human trafficking in the chocolate industry, and forced labour in palm oil plantations in Malaysia are just a few examples of the ever-growing number of food commodities produced—in part or in whole—for supermarkets through forced labour.

Retailers’ hold over global food production and their ability to command low prices not only breeds cheap, flexible and casual labour in food production; it also creates the conditions of insecurity under which forced labour flourishes. Forced workers are not victims of greedy and morally bankrupt individuals. They are the living reality of a violent economic environment where food retailers’ rising profits and market power go hand in hand with food producers’ chronic insecurity and poverty. Tinkering around with ‘ethical’ audits, labour codes and corporate social responsibility has done little to address the relationship between retail business models and forced labour. There can be no sustainable solution to forced labour in the food industry without challenging food retailers’ ever growing power and control over the conditions of production of the essential elements of life.

Large food companies are selling more of their packaged foods to America's poor because they have figured out a way to do it at a much higher profit margin. Manufacturers like Kraft are selling food in smaller packages. These granola bars, sauces, cereals, and prepared meals look like they cost less, but actually are far more expensive on a per ounce basis.

Shrinking package sizes allows Kraft to reach higher profit margins on products, though it won't sell as many as it would in a larger store. For instance, a 12-ounce package of Velveeta Shells & Cheese cost $2.50 at the Dollar Tree store in New York City. Meanwhile, a 2.4 ounce cup cost $1.25. That's 21 cents an ounce versus 52 cents an ounce.
http://www.washingtonpost.com/blogs/wonkblog/wp/2015/02/07/how-big-food-brands-are-boosting-profits-by-targeting-the-poor/?hpid=z5