GM Crops - Where Lies The Power?

A new GM law being discussed in Brussels this week could grant biotech companies, like Monsanto and Syngenta, unprecedented power over decisions on whether to ban genetically modified (GM) crops in Europe, according to Friends of the Earth Europe. 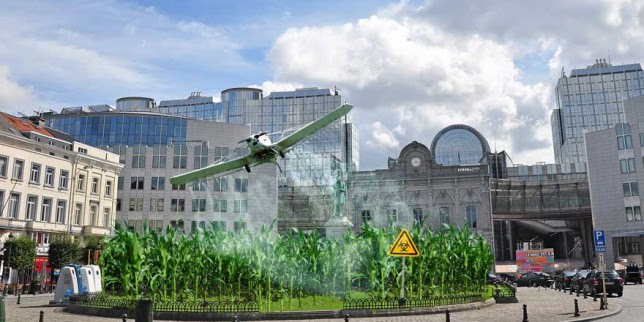 The new law is being promoted as a way to give governments more sovereignty over decisions on whether to ban GM crops. However, the current proposals give biotech companies the legal right to decide whether a ban should be allowed. If companies refuse, governments are forced to fall back on vague, non-scientific legal grounds upon which to ban GM crops, opening the door to legal challenges.

Adrian Bebb, food campaign coordinator for Friends of the Earth Europe said: “It is an affront to democracy that companies like Monsanto will be given legal status in any decision to ban their products. Governments must be able to ban unwanted and risky GM crops without needing the permission of the companies who profit from them.”
“For more than 15 years national governments have fought against new GM crops and strongly defended their rights to ban them. This proposal is a poisoned chalice that fails to give member states the solid legal grounds to ban genetically modified crops.”

Friends of the Earth Europe are calling for national governments to be given genuine powers to keep their fields GM-free and to protect consumer choice. As a minimum, the proposal that national governments must first request permission for a ban from the biotech company should be rejected, and the legal basis for banning GM crops strengthened.