James Connolly and the Vote 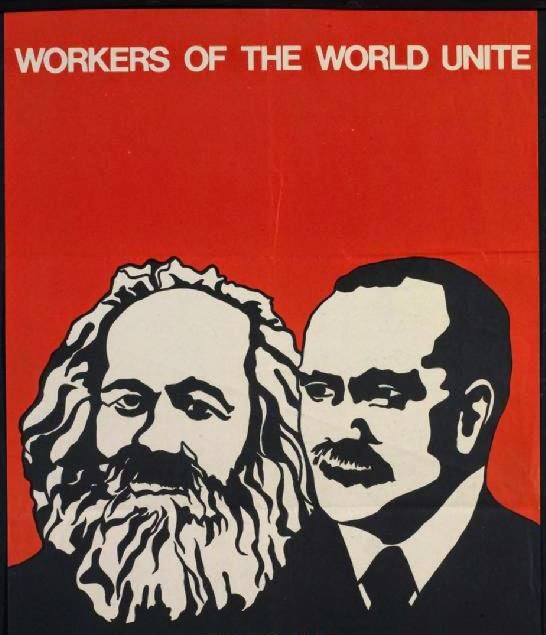 By its victory at the ballot box, and its consequent political domination, the capitalists are able to suppress workers. Thus, the class struggle is not only in the factory and on the industrial field but also must be fought out at the ballot box. The Socialist Party carry this struggle on to the political field in order to challenge the power which the present ruling class wields through its control of the State which it wins at the ballot box. Goals determine methods. The goal of social revolution being the final overthrow of class rule, its methods must fit the goal.

We are convinced that the present political State, with most of its attendant institutions, must be swept away. The political State is not and cannot be a true democracy. It is not elected according to the social wants of the community. It is elected because the wealthiest section of society can suppress all facts through its power over the media. By its money and influence the capitalists can buy up the mainstream press and airtime on television and radio and these trump up false election issues. The electorate is not asked to vote upon facts but only upon such topics as the media, representing Capital, puts before the workers. As long as the capitalists retain control, nothing can break their power. Politicians bow to them, judges hasten to do their bidding, editors grovel at their feet and colour the news and distort facts in their interest, the Deans and Rectors of great universities, with an eye to donations, fawn upon them. It is only by using their political power that the capitalist class make their exploitation of the working class legal and the oppression of their system constitutional.

The workers have a power infinitely greater than that of the capitalists. That is their power to produce wealth - to run industry- to carry on production. They can do this without capitalists, while without workers, capitalists are helpless.  The only way to abolish capitalism is to strike at the root.  The word "radical" is derived from the Latin word "radix," a root. It means "pertaining to a root." Radical action means action that deals with causes instead of tinkering with effects.
But the power of the workers is unorganised and therefore ineffective. When the workers get together take to the streets in mass direct actions to demonstrate and to occupy they are only making a target of themselves. The power of the workers is not on the street or behind barricades: It is when we enter the voting booth. James Connolly wrote:
“At the ballot box the master would only count as one against his workers; their force could, if properly used, ensure the triumph of Labour as certainly as on the industrial plane the power of the master’s purse will nearly always win. Yet it is upon the industrial field alone that the workers prefer to fight. In the workshop they fight the masters – at the ballot box they elect the master or his lackeys to rule them. Yet it is the men elected at the ballot box who make the laws which govern the fight in the workshop. When will the workers learn that the political power they could wield as an organised body is the greatest weapon in their hands, that the field of politics is the only field upon which the workers can win emancipation from the domination of capital? ”

The vote is a weapon to be wielded to the utmost of our power. As James Connolly again pointed out:
“The ballot-box was given us by our masters for their purpose; let us use it for our own. Let us demonstrate at that ballot-box the strength and intelligence of the revolutionary idea; let us make the hustings a rostrum from which to promulgate our principles...”

The Socialist Party enters parliament not for the sake of achieving reforms but for revolution, a vital difference James Connolly was to describe:
“...you could carry your trade unionism into politics, and elect sufficient men of your own class to all public bodies, parliament included, to make these bodies the mouthpieces of your own interest, and their conditions of employment the ideal standard. But that would be Socialism, you say.
Oh no it wouldn’t, not by a long shot.
But if you had a majority of your representatives in the legislative chamber, and that majority proceeded to make capitalist property illegal, and to vote that all the land, mines, railways, canals, factories, shops, docks, and shipping belonged to the people of Ireland, and would in future be worked by them on a co-operative, democratic basis, that would be Socialism – and that would be freedom.
But as long as you recognise capitalist property, as long as you yield up to the master class the private property you of right possess in the product of your labour, and accept instead a fraction thereof in the shape of wages, then no matter how you may strive to limit the power of the master, he is master still – and you are but his slave.”

Although James Connolly was to forsake these ideas and adopt nationalism and insurrection, follies for which he paid the ultimate price, the Socialist Party shares his earlier and correct view that the working class can, through the ballot box, abolish the capitalist system of ownership with its accompanying class rule and class oppression, and establish in its place socialism wherein all the land and the tools of production shall be the collective property of the whole people, to be operated by the whole people for the production of commodities for use and not for profit. In these times of increasing and intensifying class warfare we are face to face with conditions that require united action of our class at the ballot box.

"The people can have anything they want. The trouble is, they do not want anything. At least they vote that way on election day." - Eugene Debs

The people don't know that they produce all the wealth the capitalists don't otherwise steal from nature.