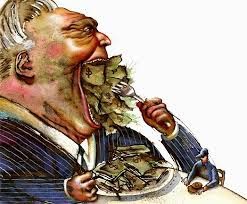 The UK’s five richest families have accumulated more wealth than the whole of the bottom 20 per cent of the population, with the gap between rich and poor continuing to grow, according to research for Oxfam, using figures from Forbes magazine’s latest list of billionaires.

The handful of billionaires have amassed a combined wealth of £28.2bn, more than the poorest 12.6 million people in Britain.

The study shows that the UK’s wealthiest 0.1 per cent have seen their income grow nearly four times faster than the least well-off 90 per cent of the population.

Top of the pile is Gerald Cavendish Grosvenor, the 6th Duke of Westminster and owner of more than 100 acres in London’s Mayfair and Belgravia. His family’s wealth is estimated at $13bn (£7bn), followed by property tycoons David and Simon Reuben, whose combined worth sits at $11.5bn, while the London-based brothers Srichand and Gopichand Hinduja are in third place with a combined wealth of $10bn. Also included is Charles Cadogan, whose family’s wealth of $6.9bn is based on extensive landholdings in London’s Chelsea including much of Sloane Street and Cadogan Hall; and the sports chain owner Michael Ashley, whose estate is valued at $5.5bn.

The report asserts that widening inequality is creating a “vicious circle where wealth and power are increasingly concentrated in the hands of a few, leaving the rest behind”.

Ben Phillips, Oxfam’s director of campaigns and policy, said: “Britain is becoming a deeply divided nation, with a wealthy elite who are seeing their incomes spiral up, whilst millions of families are struggling to make ends meet. It’s deeply worrying that these extreme levels of wealth inequality exist in Britain today, where just a handful of people have more money than millions struggling to survive on the breadline.”

Separate figures published yesterday by the Equality Trust also found that the UK’s 100 wealthiest people have as much money as the poorest 18 million – 30 per cent of all households.

These findings come in the wake of a report in January which said that the 85 richest people on the planet had accumulated as much wealth as half of the world’s population.