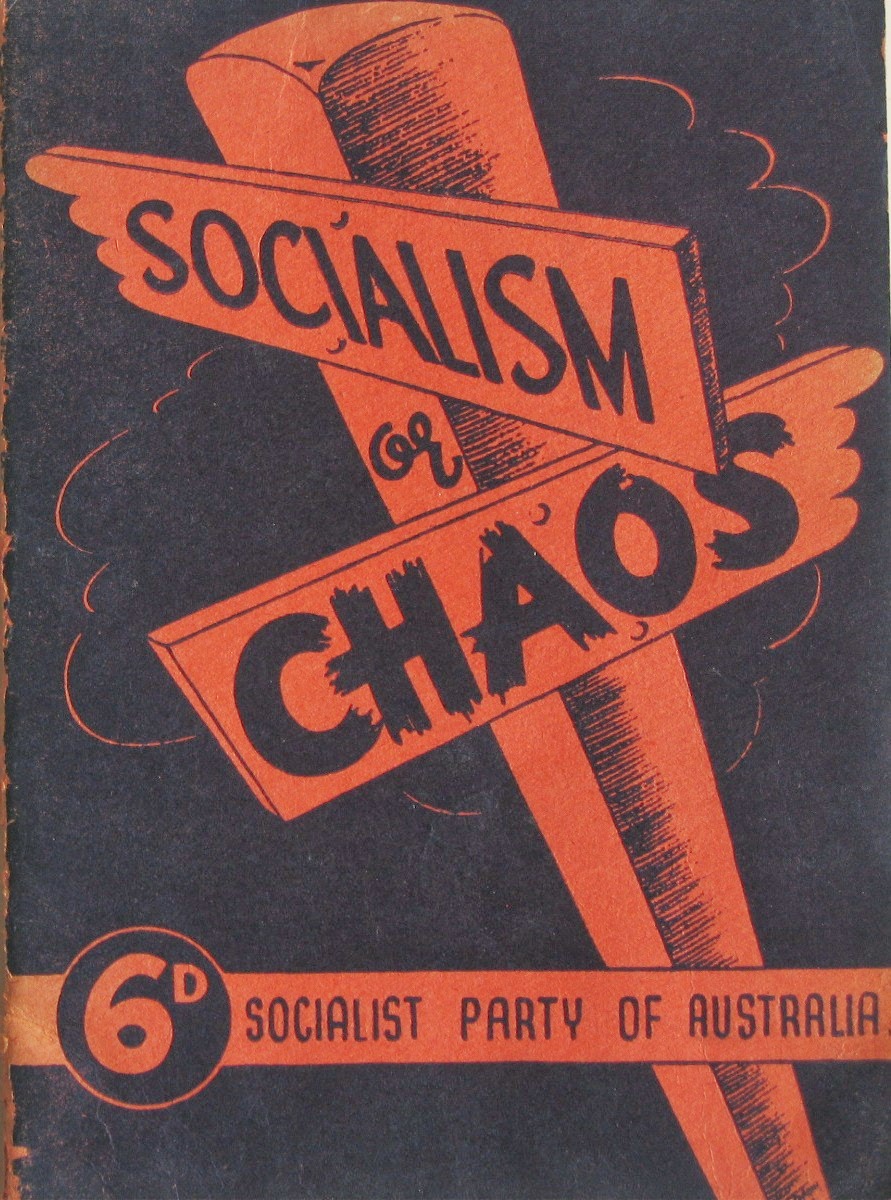 One of the regular sections of the Socialist Standard is the obituaries of our members. Sadly,  we also have to acknowledge the passing of one of our companion parties, the World Socialist Party of Australia.

The Socialist Party’s Executive Committee minutes for March minutes record:
“The Assistant Secretary reports that he had difficulty contacting any officer or executive body of the World Socialist Party of Australia, but eventually reached a WSPA member, Cde Trevor Clarke. Cde Clarke reported that he believes the WSPA General Secretary, Cde Peter O’Brien, has died, and that the WSPA no longer formally exists as a party. Cde Clarke has no access to the WSPA e-mail account and PO box, but has created a new e-mail address (wspa.info@yahoo.com.au) at which he can process enquiries.”

This socialist party and its past members’ valiant efforts for the socialist case should not be forgotten. Over many decades they have been a rich ingredient to the history of Australia’s labour movement. We eagerly await its re-birth.

Socialism or Chaos one of the SPA’s more popular pamphlets expounding the party’s principles was written by Henry Holmes who contributed articles to the  Western Socialist in the late 1940s. Henry Holmes, whose real name was Henry Mayer, was then a student at Melbourne University. He was one of a number of German and Austrian political  refugees who were interned in Britain on the outbreak of the war and later in 1940 transported to Australia in the troop ship Dunera, to become known as the "Dunera Boys". They were interned again when they reached these shores, but released later in the War. Their treatment both in Britain and Australia is still seen as a major  wartime scandal since they were all bitter opponents of the Nazis.

Mayer was one of many Dunera Boys who later rose to high positions -  in academia, in medicine, science and other professions. He was  appointed to Sydney University in the 1950s and later to a Chair of  Political Theory in the Department of Government. He refers to the SPA in one of the articles "Life on the Fringe" which was published in a Sydney magazine, The Observer, in 1960. The SPA members are the only ones in Mayer's piece who come  out of it with any credit:
“The group with the most pretentious name, the Socialist Party of Australia, is perhaps the smallest, but also the most intelligent of the “old” left...and about the only people in Australia who really know their Marx...In Melbourne, their few members tend to be active unionists; in Sydney, they are more intellectual and put their case in the domain, at the former socialist forums, in debates with other small groups and at the WEA lectures...It is unfair to include them with the fringe political groups."

In Socialism or Chaos despite being a 1948 publication many of the observations sound surprisingly contemporary:
“Whether Capitalists are charming or revolting, whether they are “progressive” or “reactionary” has little influence on social development. It is the economic and social laws of the capitalist system which control their actions and the Capitalists, being a superfluous and parasitical class, taking little or no part in production, often have not the slightest understanding of what is going on around them” Almost exactly the findings of those performing post-mortems on the current recession concluded.
Socialism or Chaos goes on::
“They [the capitalists] may wish for peace, a high standard of living for the workers, happiness for everyone - but these things are absolutely incompatible with class ownership and commodity-production” and explaining “Socialists are not blind to the ethical and moral aspects of society. However, they realise the talk of “better human beings” or a “change of heart” is putting the cart before the horse. Capitalism fosters and encourages anti-social tendencies: with poverty and degradation it breeds greed and crime. From cradle to grave, the majority of society has not the slightest chance of living, they merely exist and very badly at that.”

The pamphlet is not only a political and economic analysis of capitalism it is also a stirring call to action.

“Socialism is a complete philosophy of life. It will affect your everyday behaviour and bring you into conflict with 1001 capitalist values which have been drummed into your ears. You will realise your personal emancipation is bound up indissolubly with that of your class. You will see that your enemies are not the German, Japanese, Russian or other workers, not the Jews or the Aliens, that your enemy is always right next to you. It is the Capitalist class, not just one section like the landlords or bankers but the whole lot - a class of parasites, void of any social usefulness.
When you become a Socialist you will exchange the somnolent escapism of Hollywood, the smug complacency of the Press and the pulpit, for the knowledge of what the world is really like. You will shed your blinkers. Reality won’t be very nice.
You will become impatient with your fellow-workers - but never forget that you, too, had to learn from bitter experience. You will have moments where everything seems hopeless, when you will say “What’s the use?” But, strangely, you will carry on. We who are addressing these words to you, are also members of the working class. We write, and study and speak in our spare time, after we have been exploited. WE don’t claim miraculous powers, we are not infallible authorities. Many of us had the same illusions  as you may have now. Some of us, for a long time, thought the Labour or Communist Parties were the workers’ hope. We wanted something now. We have learned better. NOW we want Socialism and we know we can’t get it through anybody else, that we must convince YOU - the majority... When they say “THEY will never learn!” we reply “THEY? We are part and parcel of them, no better, no worse. WE are workers and we have learned - why shouldn’t others do the same?”
Examine our case. Think for yourself. Then maybe the day will come, when you will say:: I am a Socialist.
And when that day comes neither the Socialist Party nor anybody else need tell you what to do.
YOU WILL KNOW."

PDF collection of a selection of SPA material available here

On the Waterfront - a brief history of the WSPA

Obituary of SPA activist Bill Casey here
Posted by ajohnstone at 4:46 am