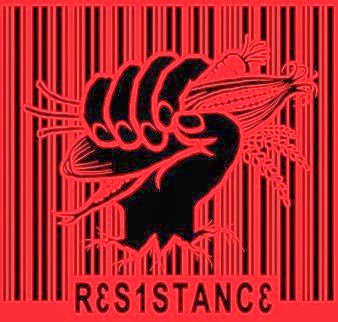 “Hunger is actually the worst weapon of mass destruction. It claims millions of victims each year.” Luiz Inacio Lula da Silva, former President of Brazil, pointed out. While Presidential Commission on World Hunger member, David W. Brooks explained “If we are going to stop wars on this earth, we are going to have to make war on hunger our number one priority.”

The war on poverty is often described as a battle for hearts and minds but the battle to fill bellies takes place every day, everywhere. Hunger is winning the war. Why?

The shortfall of grain in the Sahel region during the 1984-1985 famine was a mere three or four million tonnes at a time when world grain stocks were 190 million. Grain stocks in the then named Common Market were 25 million. There was plenty of food around in 1985. The grain reserves of the 1980s were sufficient to feed the whole of Africa five times over. In the US, the grain stock was equivalent to two years of all the grain traded internationally.

The problem of global famine begins with the supply of food. The problem is not one of the
availability of food. There is more than enough food in the world to resolve problems of hunger, malnutrition and consequent disease, and that is before we even look at productive capacity. The distribution of food depends on the ability to pay. If people do not have the money to buy food, they may as well live on the moon as far as the market is concerned. When it comes to the problem of famine, purchasing power counts for more than production. The food economy is rigged to make profits and keep profit margins up, not to get the available food to the people who need it most. If you can’t afford to buy the food, you don’t receive it. People starve and die in the midst of abundance.

Famine is part of the system, not a part of nature. Famine is the product of the way that world economy is arranged, not the result of a failure of agriculture in this or that country. A change in the weather in the US or Europe does not produce famine. There is more than enough surplus food in the world to ensure that no-one in the world suffers from hunger. Famine is the result of economic crisis, high import prices and high debt servicing charges, along with the collapse of export prices and the suspension of new loans by the banks. Famine is only a problem for the starving, just as poverty is only a problem for the poor. The rich gain in famine and in depression:they buy the assets of the bankrupt, they retain control of resources.

For all of the talk of GM crops being the solution to global famine, the fact isthat there has never been so much food produced in the world than there is today. Those proselytising for GMfood should not be allowed to pull the debate away from distribution by inventing a non- problem with respect to production. The problem is not one of production, but distribution. The food is not produced to meet the needs of the people who demand it but to make profits for those who control the supply. As every economics student learns, demand is not desire, indicating what people need, but effective demand backed by the ability to pay. The market neither knows nor cares about needs not backed by money. Food is available but to demand it and to consume it you have to be able to buy it. The problem of famine is a problem of poverty, and poverty is caused by the iniquitous and exploitative relations of global trade. The claims made for GM food are phoney. GM crops is being advanced as the solution to a non-problem. People starve not on account of a failure of production, but as a result of poverty and diminished purchasing power. Famine is a failure of distribution. In recent years the problem has not been one of production but of overproduction in relation to the available market, i.e. purchasing power.

GM food? We already have more than enough food, and have had more than enough food for so long as to beg the question why it doesn’t reach the mouths of the people who need it the most. When someone insists that we need GM food, we need to present these facts on world overproduction of food and ask why? They need to look at these facts and explain why there is a famine problem at all. The food is being produced and can be produced. Why is it not distributed according to need? Why is it rationed by price and ability to pay? Why do profits come before people? Who is in control of the food supply? Who will be in control of GM technology? If the problem is one of distribution, how will the production of GM food end famine?

Who gains from controlling the food supply in such a way as to maximise profitability? Do you need any clues? Try the giant grain traders; fruit, meat and vegetable companies; food processors; storage companies, transport and shipping companies, exporters; the bankers who finance the food trade. Their names are well known. There are very many snouts in the trough, the vast majority of them having no connection whatsoever with farming. The production of the food is the least important aspect of the whole chain of money making. Who gains from GM food? The above, of course. Is GM food going to be given away? Or is it going to be distributed via market mechanisms, at a price and for a profit?

There are no technological solutions to the problem of famine. Technology haslong since solved the problem of natural necessity. The world produces all the food it needs, and can produce even more if required. The problem of famine is not a problem of the niggardliness of Nature to be solved by technology. That problem has long since been solved. GM food is not the answer, particularly since such proposals come from the very companies and countries that control the obscene surpluses of world food, making them available only on such terms as are profitable to them.Telling the starving that they could be fed if only the world embraced GM food ignores the fact that rich and poor, the well-fed and starving are locked together into a global economy in which the rich and powerful control production and distribution on their terms

To repeat, there are no food shortages. The problem of famine is one of distribution. The world can produce as much food as it needs. The Financial Times stated the obvious but dangerous truth on 4 September 1986: 'People are not hungry these days because food supplies are not available; they are hungry because they are poor.’ Prices and profit margins matter, first and last.

The struggle against famine does not start with the countries vulnerable to famine, nor with technology, but here in the struggle against an economic system which produces sufficient food to feed the world but distributes it so unevenly according to ability to pay that millions starve in the midst of abundance.

There is already enough food to feed the world, and there would be no problem in increasing supply. The same goes for clothing, shelter, heat and light, not to mention education, health, and transport. The figures for actual and potential production are available in all the statistics. The whole of humankind could be advancing in comfort and plenty. Instead, the capital economy is diverting the potential for peace and plenty into war-making machines. Instead of a safe and comfortable world, the human race faces an insecure, war-ridden, impoverished, hungry reality. And that is before we even mention the looming environmental crisis. There is no need for the poor, the needy or the hungry to be with us anymore. The technological capacity exists to solve all of these problems. The problem is not one of natural necessity and technological failure, but of the way the market mechanism operates within capitalist relations of  production.

We say again, there is no shortage of food, scarcity is produced by the way that resources are distributed according to ability to pay. The needs of those lacking the money do not register on the market. Humanity today has an unprecedented productive capacity with which to feed, clothe and shelter everyone. However, this capacity is governed by the narrow, profit-centred purpose of the capitalist economy. This productive potential can be realised for the common good only when the people who make theworld's wealth decide to take control of the productive means and employ them for need rather than want, use rather than for profit. The abundance that is now produced will be produced evenly. Famine is a sure sign that the capital system has long exhausted its historical potential and that the new productive forces demand an alteration in the production relations.

Once more, there is no problem in producing sufficient food to feed the world. There hasn’t been a technical problem for a long time now. At some point, people see what is happening before their eyes and start to ask some impertinent questions. Why is there poverty amidst abundance? People will start to get angry but, to become effective, this anger has to get political.