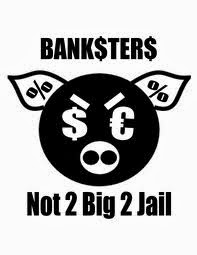 US regulators are suing  16 banks for allegedly manipulating the London interbank offered rate (Libor). The Libor rate is used to set trillions of dollars of financial contracts, including mortgages and financial transactions around the world. The FDIC alleged that the banks mentioned in its lawsuit rigged the rate from August 2007 to at least mid-2011.The regulator said the manipulation caused substantial losses to 38 US banks which were shut down during and after the 2008 financial crisis.

The  banks include Barclays, HSBC, Citigroup and Royal Bank of Scotland. Other banks named in the lawsuit include Bank of America, JPMorgan Chase, Deutsche Bank, Lloyds Bank, Credit Suisse, UBS, and Rabobank. The British Bankers' Association (BBA) is also been sued by the regulator - the US Federal Deposit Insurance Corporation (FDIC). "BBA participated in the alleged scheme to protect the revenue stream it generated from selling Libor licenses and to appease the Panel Bank Defendants that were members of the BBA."

Over the past two years, regulators across the globe have been investigating the manipulation of the rate and there have been $3.7bn (£2.26bn) in fines to date.

A string of international banks and brokers, including Barclays and the Royal Bank of Scotland, have faced both criminal and civil penalties for their involvement in the scandal. Some banks have also been found to have understated their submissions in the period during and after the financial crisis. They did so in order to avoid the perception that they were having to borrow at higher interest rates than their peers and might therefore be in financial difficulty. But there have been allegations that some have looked to profit from it.