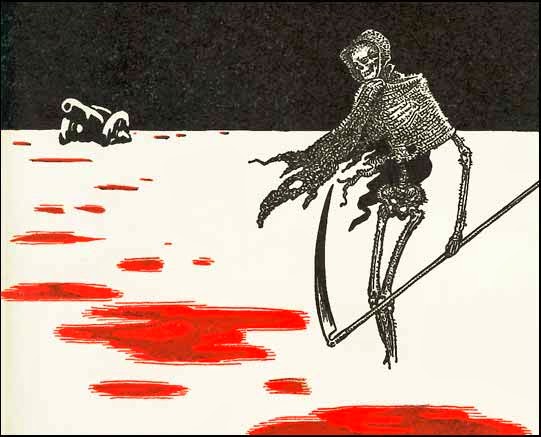 Only the incurably naive believe that capitalism is possible without war. Warfare is as intrinsic to capitalism as are its prices, wages and profits. Socialists hold that the menace of war cannot be done away with while its cause, the capitalist system, remains. When we turn to the other kind of action which it is suggested could stop war we find it equally useless or impracticable. We can admit the proposition that if the soldiers of all countries refused to fight and if the workers refused to work for war then a war could not take place; but simultaneous international action of this kind presupposes both effective international organisation and mutual trust, neither of which exists. Strike action against the government would no longer appear as action to stop war but as action to weaken the government and bring about defeat in the war. Only class-conscious socialists can speak across the frontiers of the capitalist nations to the working class of the world, and they can do so only because they are entirely free from the taint of so-called national interests which can be none other than capitalist interests. As the socialist working class movement grows it will act as a further restraining influence on the capitalist class.

Signs are steadily growing that the working class of Europe are becoming weary of the war, with its endless slaughter, its lack of decisions making for peace, and the increased privation and misery that result from its continuance. Enthusiastic at first for the war, with an enthusiasm inflamed and fed by the Press and the preachers – religious and political – of the master class, the workers of the various belligerent countries rushed to the fray, to the cry of “On to Berlin!” “Paris in a week!” and the like. Three and a half years of  appalling slaughter have intervened, with immense improvements and developments in the instruments of torture and destruction, but the belligerents are no nearer a military decision now, on either side, than they were in 1914.

Food is becoming short, not only because millions of men have been called to the armies and navies, but also because millions more have been taken from the production of the necessaries of life and put to making instruments and articles for its destruction. And this second army has to be fed along with the first.

This food shortage is further aggravated by the favouritism that is rampant all round. Working-class women may wait for hours in queues for meat or margarine, and then fail to obtain any, but wealthy novelists, paunchy parsons, triple chinned quondam “white-feather” ticklers, and prosperous “patriots” in general, can easily obtain hundreds of pounds weight of good things to nourish their determination to sacrifice and strengthen their “will to victory.”

Shops in working-class neighbourhoods are often shut for days because of the lack of supplies, but there is no shortage of first class meat, genuine butter, choicest tea, and so on at the big hotels and clubs of the West End of London, and of certain fashionable resorts. The wives of the capitalists never stand in queues for anything except a view of the latest extravagance in expensive fashions.

Although the news published here of things that are happening on the Continent has to be taken with a certain amount of caution, as we must remember that the Censor will only allow the publication of items that suit the interest of the master class,  it seems fairly certain that disaffection is growing there and strikes are increasing. In many cases the avowed object of the strikes in Germany and Austria is the securing of food, but nearly always accompanying this demand, and in some cases forming the sole object, is the call upon the governments to declare an armistice and enter into negotiations for peace.

A resolution moved at Glasgow at a meeting where Sir A. Geddes was present struck a firmer note in the following terms:
“That having heard the case of the Government, as stated by Sir Auckland Geddes, this meeting  pledges itself to oppose to the very uttermost the Government in its call for more men. We insist and pledge ourselves to take action to enforce the declaration of an immediate armistice on all fronts; and that the expressed opinion of the workers of Glasgow is that from now on, and so far as this business is concerned our attitude all the time and every time is to do nothing in support of carrying on the war, but to bring the war to a conclusion.”.....