The warning lights are flashing 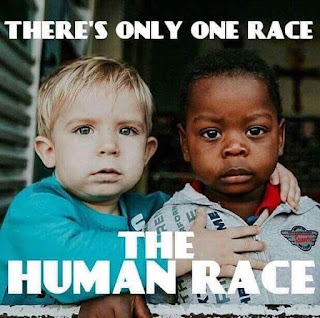 More than 140 million people face acute food insecurity due to conflict and instability, even as climate change and economic precarity indicate that hunger needs will rise in the coming months.

Armed conflict, climate-related emergencies, economic hardship and political obstacles are leading to a growing wave of hunger in countries around the world. The misery for millions will deepen without immediate urgent action, the Red Cross said.

An emergency response alone will not end these hunger crises. Concerted action and long-term approaches are the only way to break the cycle. Political will and resources are needed now. Without them, many lives will be lost, and the suffering will endure for years.

"Conflict is a huge driver of hunger. We see violence preventing farmers from planting and harvesting. We see sanctions and blockades preventing food delivery to the most vulnerable... A cycle of band-aid solutions will not be enough in coming years." Peter Maurer, President of the ICRC, said

In Sub-Saharan Africa: One in three children under the age of five is stunted by chronic undernutrition, while two out of five women of childbearing age are anaemic because of poor diets. The majority of people in sub-Saharan Africa live on less than $1.90 a day.

In Afghanistan: The combination of three decades of armed conflict and an economic crash resulting in few job opportunities and a massive banking crisis are having a devastating effect on Afghan families' ability to buy food. More than half the country -- 24 million -- need assistance.

In Pakistan: The recent flooding has led to an estimated $12 billion in losses. Food security in the country was alarming before this latest catastrophe, with 43 percent of the population food insecure. Now the number of acutely hungry people is expected to rise substantially. Some 78,000 square kilometers (21 million acres) of crops are under water. An estimated 65 percent of the country's food basket -- crops like rice and wheat-- have been destroyed, with over 733,000 livestock reportedly killed. The floods will also negatively affect food delivery into neighboring Afghanistan.

In Somalia: We have seen a five-fold increase in the number of malnourished children needing care. Last month the Bay Regional Hospital in Baidoa admitted 466 children, up from 82 in August 2021. Children admitted here die without the specialized nutritional care they receive.

In Syria: Food insecurity rates have risen more than 50 percent since 2019. Today, two-thirds of Syria's population --12.4 million out of 18 million -- can't meet their daily food needs. The compounding effects of more than a decade of conflict, including the consequences of sanctions, have crippled people's buying power. Food prices have risen five-fold in the last two years.

In Yemen: Most Yemenis survive on one meal a day. Last year 53 percent of Yemen's population were food insecure. This year it's 63 percent -- or some 19 million people. Aid actors have been forced to cut food assistance due to a lack of funds. Some 5 million people will now receive less than 50 percent of their daily nutritional requirement because of it.

Posted by ajohnstone at 4:00 am