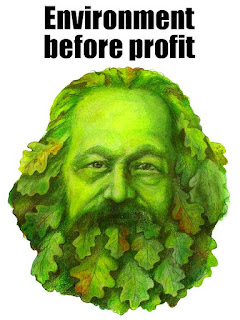 "Extreme climate change risks are under-explored," Luke Kemp, a researcher with the Centre for the Study of Existential Risk at the University of Cambridge, warned. "Climate scholars have strong incentives to err on the side of least drama. You don't want to be branded an alarmist." But with fossil fuel emissions still going up and climate-fuelled disasters multiplying, it's time for an "honest assessment of the risks and what can be done", he told an audience with a frank assessments of looming threats.

As they grapple with ever-clearer data about how close the planet may be to irreversible tipping points, scientists say they are struggling to deliver clear and realistic warnings about the unthinkable, without undermining hope.

With new evidence that catastrophic climate-change "tipping points" are nearing - from surging sea levels as polar ice melts to spiking temperatures as methane escapes thawing permafrost scientists are quietly planning for the unthinkable.

"It's scary and it's real - and these are the futures that are going to be opening up to us if we don't act strongly now," warned Laura Pereira of the Global Change Institute at South Africa's Witwatersrand University.

A study in the journal Science found that four dangerous planetary tipping points are "likely" above 1.5 degrees Celsius (2.7F) of warming above preindustrial temperatures - a level that could be passed within a decade.  Tipping points happen when a small change - such as an incremental increase in global temperature - sparks a rapid, often irreversible transformation, scientists say.

Accelerating melting leading to the eventual collapse of the Greenland ice sheet may have already been triggered, setting in motion 7 metres (23 feet) of sea level rise over an indeterminant time, enough to swamp key coastal cities.

With the Arctic having warmed 3C - well above the global average, which is already about 1.3C, risks are also growing that large amounts of methane trapped in thawing permafrost could be released. Adding much more of that potent greenhouse gas to the atmosphere could drive an unstoppable cycle of higher global temperatures and more melting.

"If all of that is released, we'll see temperatures rise 5-8C (8-14F) over 20 years," he said, adding this would be "extraordinarily destructive to the future of humanity", likely causing food system collapse and displacing billions of people.

An array of new efforts to reduce catastrophic risk - or to deal with the consequences of failing - are starting to appear.

Efforts to pass a fossil fuel "non-proliferation" treaty - designed to end new oil, gas and coal exploration and production - are gathering steam, while the Bezos Earth Fund this week put $1.15 million into efforts to "activate" positive tipping points. "non-proliferation" treaty. Scientists also want a special report from the Intergovernmental Panel on Climate Change on catastrophic climate change and tipping points, in part to help raise the profile of the threats.

In New York, members of a new Climate Overshoot Commission are meeting on Friday and Saturday to discuss potential options - including a controversial proposal to spray sun-blocking chemicals into the sky - to limit runaway heating of the planet.

"Unfortunately we know 1.5C (of warming) has a very high likelihood of being overshot, and this necessitates a review of the action," Pascal Lamy, former World Trade Organization head and co-chair of the commission, said in a phone interview. "We are here to leave no stone unturned."

But as worst-case threats loom closer, "I don't think that's cause for complete despair or people saying, 'we give up'," said Johan Rockström, director of the Potsdam Institute for Climate Impact Research. "We have more empirical evidence that the reverse happens - people get angry."