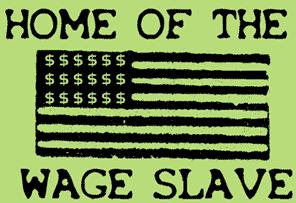 The USA poverty level has been often stated to be around 11 per cent of the population, but several independent and credible studies indicate much higher levels of economic distress. A study by the Urban Institute (UI) in 2018, before the pandemic struck, found that nearly 40 per cent of non-elderly adults and their families struggled to afford at least one basic need for health care, housing, utilities or food in 2017.

As many as 23% said that they were food insecure in the last 12 months. 18% struggled to pay medical bills while almost the same number (17.8%) decided to go without some required medical treatment due to costs. Deprivation levels were found to be higher among younger adults, women, households with children, blacks and Hispanics. Those struggling to meet basic needs included several of those who were regarded not as poor but as middle-class.

This data is from a study of 18-64 age group. However, in 2020 it was reported that child poverty levels (under 18 age group) have been found to be 1.5 times higher than adult poverty levels.

The World Inequality Report 2022 tells us that the bottom 50% of the USA population has only 1.5% of its wealth and only 13% of its income.

According to the Organization of Economic Cooperation and Development, the USA has the highest inequality in G7 countries— the USA has Gini coefficient of 0. 434 while for the remaining six countries this ranges between 0.326(France) and 0.392(UK).

The Gerontology Institute at the University of Massachusetts Boston has prepared the Elderly Economic Security Standard Index which found that in 2016 a majority of seniors lacked the “financial resources required to meet basic needs.” Conditions in nursing homes have been often found to be precarious.

A Gallup poll in December 2019 found 25% of persons contacted saying that they or a member of their family had delayed treatment for an illness due to cost factors.

The number of homeless persons, estimated to be around 550,000 or so, is set to increase significantly. As the country emerged from the pandemic, in June 2021 nearly 2 million were found to be lagging behind mortgage payments and nearly 6 million were missing out in rent payments. A substantial number of these 8 million households face the threat of eviction, while the average number of cases of evictions filed in a year till 2018 was around 3.7 million. The landlords have legal counsel in over 90% of cases; the tenants rarely have such help. This amounts to about 10,000 eviction notices in a single day, a shocking figure surely, or 416 per hour, or 7 per minute.

The extent of denial of basic needs of people in a country so well-endowed for prosperity in various ways is inexcusable and one of its leading causes is excessive militarization .

The USA spends $800 billion a year on military expenses, out of the $2000 billion spent by the entire world. This excludes many expenses listed as civilian but having strong military implications and relationships. A huge and increasing share of discretionary federal spending is taken up by military expenses. According to the Cost of the War Project based in Brown University, $8000 billion were spent on the war on terror during 20 years 2001-21, resulting in direct loss of 900,000 human lives by bomb, bullet and fire.

Posted by ajohnstone at 3:40 am