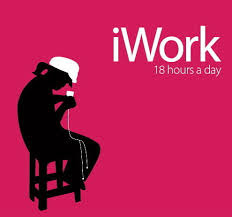 Employees of Google and parent company Alphabet Inc announced the creation of a union that plans to take on issues including compensation, employee classification and the kinds of work Google engages in.

The union organizers said workplace concerns at the company have been dismissed by executives for too long. Google has clashed with some employees in recent years over contracts with the military, the different treatment of contract workers and a rich exit package for an executive ousted for alleged sexual harassment.

The Retail, Wholesale and Department Store Union filed paperwork in November to represent frontline workers at an Amazon.com Inc. facility in Alabama. The company’s U.S. warehouse workers currently aren’t unionized. A vote among the more than 5,000 workers at the site is expected in the coming weeks.

Go for it brothers and sisters.

One of my greatest pleasures was our shop committee, in a plant which USA company had taken over, teaching management 'good'and 'respectful' manners and other civil responsees when addressing our shop stewards.

They were so used to 'ordering' people,about like shit in blunt commands, where they came from.
They had to learn latin for 'persona non grata' and give apologies before our joint unions negotiation committee would meet them and had to speak, via their pesonnel manager until that came to pass.

The 'clever'sods SCM had bought a pup an electronic top range typewriter company from Olivetti,who were sneaking off as this new wave of pc's and other weird machines were peeking over the horizon.

One of the 'better' things about being older is to have 'seen' in order to make sense of historical changes, from heavy to lighter engineering and rise and fall of services etc.

It gives us a perspective for the difficulties of organised clas struggle via unions as members are dispered from the networks which were more appropriate and prevailed in larger units and managements had stepped in better than unons in this regards, wedging.