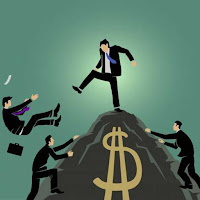 Jamie Dimon, the billionaire boss of JP Morgan was paid $31.5m in 2020, the bank announced.

JP Morgan paid Dimon a salary of $1.5m, a $5m cash bonus and $25m of restricted stock tied to performance. Dimon has a fortune at $1.7bn.

He warned that the excesses of capitalism are threatening the foundation of society. In 2019 he told CBS’s 60 Minutes that income inequality is a “huge problem” but dodged questions about his own salary.

We are not surprised that he asserted that socialism was not the answer, saying it produces “stagnation, corruption and often worse”. What else would you expect from a billionaire.