You may well have not noticed but the world has just banned nuclear weapons.

There is no prospect of the world’s leading nuclear powers endorsing it. Jens Stoltenberg, the secretary general of Nato, said in November the treaty disregarded the realities of global security.

Kate Hudson, CND’s general secretary, called on the UK government “to cease its intransigence and engage constructively with the new treaty.”

We can be sure that the government aren't listening.

Recent years have seen a gradual erosion of global nuclear controls, with the 1987 intermediate nuclear forces (INF) treaty, which kept nuclear missiles off European soil, allowed to expire in 2019 amid mutual recriminations from Russia and the US.

The new strategic arms reduction treaty between the US and Russia, which limits each country to no more than 1,550 deployed nuclear warheads and 700 deployed missiles and bombers, is due to expire on 5 February.

The new US president is very unlikely to halt the modernisation programme of its older nuclear weaponry. After all, it was not Trump but Obama who authorised the financing for the up-grading to the newer more deadly technology. 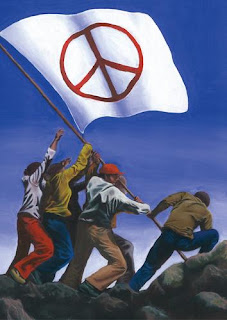