Freedom of Speech Belongs To Whoever Owns It 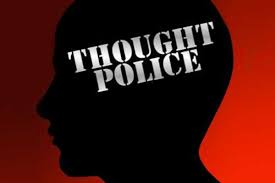 Many have been warning that the fall-out over the Capitol riot would spill-over on to the left-wing’s freedoms to protest. We have noted that the campaign to de-platform the Right on social media poses a threat to all political activists. Once more our ‘rights’ and ‘liberties’ are merely at the convenience and the whim of those who hold the real power.

Facebook temporarily banned Britain’s main Trotskyist organisation, the Socialist Worker Party, as well as a number of its individual members. It was re-instated but without any explanation of why its account was suspended in the first place. (1)

Our position within the World Socialist Movement, despite our well-documented opposition to the SWP, is to condemn such an action. Some political parties may well indulge in some schadenfraude and suggest that the SWP had been hoisted by its own petard since it too has vigourously opposed the free speech of those it considers to be ‘class enemies’ in the past.

We in the Socialist Party, however, have always stood by our principle of protecting democracy for all, friend and foe, alike. An example being our defence of the Communist Party newspaper, the ‘Daily Worker’, when the government banned it during World War Two. (2)

Who do Facebook (or Twitter, or Instagram) think they are? Answer: they are the private business of social media and it private owners are just exercising their private property rights. It’s bad enough that the State imposes censorship but now we have powerful private corporations with not even a pretence of democratic control or accountability deciding what information or opinions should be in the public domain.

The Socialist Party holds a similar view as Karl Marx, who was hounded out of Europe because of press censorship to become a political refugee in London, when he explained that "…you cannot enjoy the advantages of a free press without putting up with its inconveniences. You cannot pluck the rose without its thorns!…there are also bad persons, who misuse speech to tell lies… No remedy against that has yet been found." (3)

(3) On Freedom of the Press — Ch 5 (historyisaweapon.com) 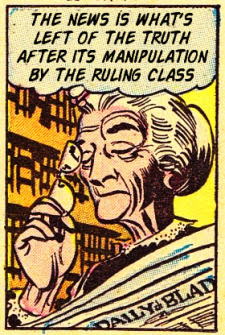