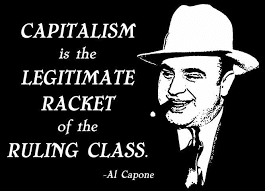 $13,000,000,000 is how much Jeff Bezos added to his net worth in one day last July after the pandemic caused Amazon’s stock price to surge. He could have paid all 876,000 Amazon employees a $105,000 bonus in September 2020 and remained just as wealthy as he was pre-pandemic. Bezos’s $13bn (£10bn) pay-day set a record for the largest single-day increase in individual wealth ever recorded.  However, he was far from the only billionaire.

According to a report by Oxfam, the combined wealth of the world’s 10 richest men has increased by over half a trillion dollars since March 2020.  Enough to vaccinate everyone in the world and ensure no one is pushed into poverty by the pandemic, Oxfam’s report, The Inequality Virus, claims.

The richest 660 people in the US have collected a $1.1tn (£800bn) “windfall of wealth” since the coronavirus pandemic began, according to a report by the Institute for Policy Studies. The report found that the collective wealth of America’s 660 billionaires has risen by 39% since the World Health Organization declared that Covid-19 was a pandemic virus in March 2020. The billionaires combined wealth has increased from just under $3tn on 18 March 2020 to $4.1tn, according to Forbes magazine data. The report noted that there had also been “46 newly minted billionaires since the beginning of the pandemic”, when there were 614.

At $4.1tn, the total wealth of America’s 660 billionaires is two-thirds higher than the $2.4tn in total wealth held by the bottom half of the population, 165 million people. The report said that the $1.1tn gain the billionaires have made could be used to pay for all of the relief for working families contained in Biden’s proposed $1.9tn pandemic rescue package, which includes $1,400 in direct payments to individuals, $400-a-week supplements to unemployment benefits and an expanded child tax credit.

US billionaires 'have received $1.1tn windfall in Covid pandemic' | The super-rich | The Guardian