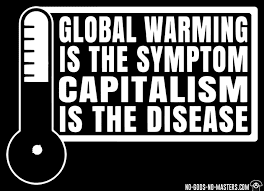 The UN has warned that millions of people around the world are facing disaster from flood, droughts, heatwaves and other extreme weather, as governments fail to take the measures needed to adapt to the impacts of climate breakdown.

Nearly three-quarters of countries around the world have recognised the need to plan for the effects of global heating, but few of those plans are adequate to the rising threat, and little funding has been made available to put them into force, according to the UN environment programme’s Adaptation report 2020.

Spending on measures to adapt to extreme weather has failed to keep pace with the rising need, according to UNEP. Only about $30bn (£22bn) is provided each year in development aid, to help poor countries cope with the effects of the climate crisis, which is less than half of the $70bn currently estimated to be needed. Those costs are set to increase further, to between $140bn and $300bn by the end of the decade.

About half of global climate finance should be devoted to adaptation, the UN secretary-general, António Guterres, has said, with the rest going to efforts to reduce greenhouse gas emissions. However, while private companies are often willing to provide funding for some projects to reduce emissions, such as profitable renewable energy generation schemes in rapidly emerging economies, projects that help people adapt to the impact of climate change, such as early warning systems, flood barriers or storm drains, are often more difficult to finance.

Many countries will also struggle to find the resources for climate adaptation because of the coronavirus pandemic, the UN warned. The economic impacts of Covid-19 have pushed adaptation further down the political agenda across the world, while in the longer term the consequences of the pandemic are likely to put additional pressures on public finances, and “might change national and donor priorities in support of climate action”.

Yet if countries were to prioritise a “green recovery” in their Covid-19 economic stimulus packages, they could help to solve many of these problems, UNEP noted. Economic studies have shown that measures to increase resilience to the impacts of the climate crisis – including planting trees, building flood barriers, restoring natural landscapes and protecting and updating infrastructure such as transport and communications networks – can all provide “shovel-ready” jobs of the kind needed to lift economies out of recession. That opportunity will be missed if countries stick to the economic rescue packages announced to date, which so far have failed to focus on a green recovery.