The Banksters Once Again 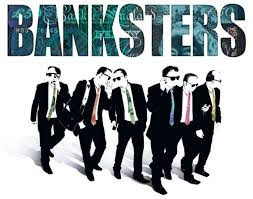 Deutsche Bank agreed to pay fines and penalties of more than $124 million (€1.02 million) to avoid criminal prosecution in the United States on charges it participated in a bribery scheme to win business in Saudi Arabia. Previously, the bank has agreed to a Securities and Exchange Commission fine of $16 million to resolve separate allegations of corrupt dealings in Russia and China. The Frankfurt-based lender has also agreed to pay the state of New York $150 million to settle claims that it broke compliance rules in its dealings with sex offender Jeffrey Epstein. There also were reports last year that the bank gave expensive gifts to senior Chinese officials and others to establish itself as a major player in China's financial industry.

It also faced a commodities fraud charge arising from precious metals futures traders, who were accused of placing fraudulent trades, known as spoofing, to induce other traders to buy and sell futures contracts at prices they otherwise would not have.

Court papers alleged that Deutsche Bank bribed intermediaries to make deals in Saudi Arabia, labeling the payments of up to $1.1 million as "referral fees." Other intermediaries demanded financing for a yacht and for a house in France as compensation, the papers said.

Posted by ajohnstone at 1:39 am