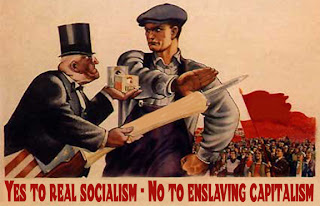 Workers benefits were achieved with toil, anguish and often blood. “It is freedom or death, and your children will be free,” Mother Jones told the miners. “We are not going to leave a slave class to the coming generation, and I want to say to you the next generation will not charge us for what we have done; they will charge and condemn us for what we have left undone.”

In 1921 in West Virginia as many as 15,000 armed miners mounted an insurrection after a series of assassinations of union leaders and their chief supporters, as well as mass evictions, blacklistings and wholesale firings by coal companies determined to break union organizing. Miners in other coal fields across the United States had concluded a strike that lasted two months and ended with a 27 percent pay increase. The miners in West Virginia and eastern Kentucky wanted the same. They wanted to be freed from the debt peonage of the company stores, to be paid fairly for their work, to have better safety in the mines, to fight back against the judges, politicians, journalists and civil authorities who had sold out to Big Coal, and to have a union. They grasped that unchallenged and unregulated corporate power was a form of enslavement. And they grasped that it was only through a union that they had any hope of winning.  Miners who wanted jobs had to sign “yeller dog” contracts promising they would not “affiliate with or assist or give aid to any labor organization,” under penalty of immediate loss of jobs and company housing. Baldwin-Felts spies, private security goons hired by the mine owners, informed on miners who talked of organizing. This led to dismissal, blacklisting, beating and sometimes death. The coal fields were dominated by company towns. Corporate power had seeped into every facet of existence. And resistance was costly.

“For more than twenty years, coal operators had controlled their very being; had arranged for their homes and towns, churches, schools, and recreation centers; had provided doctors and teachers and preachers; had employed many of their law officers; had even selected silent motion picture shows that were beginning to appear in theaters; had told them, finally, where and how they were to live and discharged those who did not conform,” Lon Savage wrote of the coal miners in his book “Thunder in the Mountains.” “In this context, the union’s organizing campaign gave the miners a new vision: not only better pay and working conditions but independence, power, freedom, justice, and prestige for people who felt they had lost them all.”

The murder of Sid Hatfield  triggered the miners’ rebellion and the Battle of Blair Mountain, the largest armed insurrection in the United States since the Civil War. The coal companies, to break a strike in the spring of 1920, sent in squads of Baldwin-Felts detectives, nicknamed “gun thugs” by the miners, to evict miners and their families from company housing. Soon hundreds of families were living in squalid, muddy tent encampments. During an eviction on May 19 of about a dozen miners and their families—in which, as today, possessions were carted out and dumped into the street—Hatfield ordered the arrest of the company goons. He confronted the “gun thugs” at the train station at Matewan after the evictions. Shooting broke out. When it was over, seven Baldwin-Felts detectives, including Albert and Lee Felts, were dead. Another detective was wounded. Two miners were killed. Matewan’s mayor, Cabell Testerman, was mortally wounded. The gun battle emboldened the miners. By July there was almost no coal coming out of the mines. Hatfield was acquitted of murder charges. Hatfield as well as a friend, Ed Chambers were assassinated on the court-house steps by Baldwin-Felts agents. The assassinations set off an insurrection.

The coal owners organized militias and recruited units of heavily armed law enforcement officers. They hired private airplanes to drop homemade explosives on miners encamped on the mountain. War "hero" Billy Mitchell, one of the early advocates of air power, volunteered the Army’s 88th Squadron to carry out aerial surveillance for the coal companies. The miners, many of them veterans of World War I, fought militias and police, who were equipped with heavy machine guns, for five days. The militias and police held back advancing miners from a trench system. The Army was finally ordered into the coal fields in early September 1921 to quell the rebellion. The miners surrendered. By the time the battle ended, at least 30 of those defending the mine owners had been killed along with perhaps as many as 100 rebel miners. West Virginia indicted 1,217 miners in the rebellion, charging some with murder and treason. There were acquittals, but many miners spent several years in prison. The union was effectively broken. In 1920 there had been about 50,000 United Mine Workers members in West Virginia, and by 1929 there were only 600.

Sound familiar? It is an old and cruel tactic in any company town. Reduce wages and benefits to subsistence level. Break unions. Cut social assistance programs. Buy and sell elected officials and judges. Fill the airwaves with mindless diversion and corporate propaganda. Pay off the press. Poison the soil, the air and the water to extract natural resources and leave behind a devastated wasteland. Plunge workers into debt. Leave them owing more on their houses than the structures are worth. Make sure the children will be burdened by tens of thousands of dollars lent to them for an education and will be unable to find decent jobs. Make sure that everything from hospital bills to car payments to credit card fees exact increasing pounds of flesh. And when workers stumble, when they cannot pay soaring interest rates, jack up rates further and deploy predators from debt collection agencies to harass the debtors and seize their assets. Then toss them away. Company towns all look the same. And we all live in one.

The coal companies have erased this piece of history from school textbooks. amid today’s rising corporate exploitation and state repression, represents a piece of American history that corporate capitalists, and especially the coal companies, would have us forget. It is a reminder to workers of that corporate machine intent on subjugating them. It exposes predatory capitalism’s ruthless commodification and exploitation of human beings and the natural world. It exposes the drive by corporations to keep us impoverished, disempowered and unorganized. If capitalism can sanitize history, they can ensure historical amnesia and they can continue to rule our lives.

Until we begin to trust in our own strength, nothing will change. The gains, paid for with the lives of working men and women, are now being reversed. We are back where we started. We must organize, resist and build movements. We must embrace socialism.

Adapted from here
Posted by ajohnstone at 3:51 am