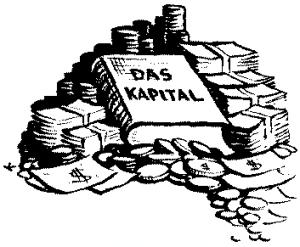 A global super-rich elite has exploited gaps in cross-border tax rules to hide an extraordinary £13 trillion (possibly as much as £20 trillion) of wealth offshore – as much as the American and Japanese GDPs put together – according to research commissioned by the campaign group Tax Justice Network.

Their wealth is, as Henry puts it, "protected by a highly paid, industrious bevy of professional enablers in the private banking, legal, accounting and investment industries taking advantage of the increasingly borderless, frictionless global economy".

The detailed analysis in the report, compiled using data from a range of sources, including the Bank of International Settlements and the International Monetary Fund, suggests that for many developing countries the cumulative value of the capital that has flowed out of their economies since the 1970s would be more than enough to pay off their debts to the rest of the world. Almost £500billion has left Russia since the early 1990s when its economy was opened up. Saudi Arabia has seen £197bn flood out since the mid-1970s, and Nigeria £196bn. Ivory Coast has lost $141bn.

In total, 10 million individuals around the world hold assets offshore but almost half of the minimum estimate £6.3tn of assets is owned by only 92,000 people, or 0.001% of the world's population – a tiny class of the mega-rich who have more in common with each other than those at the bottom of the income scale in their own societies.
Posted by ajohnstone at 2:05 am