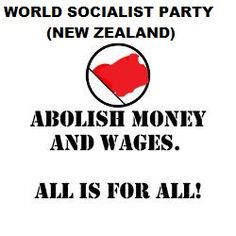 New Zealand house prices are among the most unaffordable in the world, with Auckland the seventh most expensive city to buy a home, and all three major cities considered “severely unaffordable.” Alain Bertaud, a former World Bank principal urban planner, said  New Zealand's was in a state of crisis.

In 2018 the Labour coalition government launched its flagship KiwiBuild scheme; aiming to build 100,000 affordable homes in 10 years, with 1,000 of them scheduled for the first year.

But since last July just 47 KiwiBuild homes have been completed – and housing minister Phil Twyford has said the government is unlikely to reach its target. Twyford said it had been difficult to attract private developers to build smaller, more affordable homes, when they had previously focused on large and expensive construction projects.

Many consider NZ$525,000 (£273,000) for a two-bedroom home far from affordable.  A house is affordable if the median price is up to three times the median wage – making the government’s KiwiBuild houses “severely unaffordable” for most. On New Zealand’s largest online auction website, some private home sales were being advertised as “cheaper than a KiwiBuild” and “much more affordable than KiwiBuild”.

But is this really a housing problem? Surely, as far as the production of  houses for everybody is concerned there is no problem. The building materials exist together with the architects and workers. What stands in the way, then? The answer is simple: most people cannot afford decent housing. And. if people can't afford comfortable houses, then, in accordance with the laws of the market no such accommodation will be built for them. No builder is going to put up houses he can't sell. Our standard of housing, like the whole of our standard of living, is rationed by the size of our pay packet. Our wage  is a price and. as such, is fixed by the workings of the market. The price of the mental and physical energies which we sell to our employer is fixed, roughly, by what it costs to keep us in efficient working order. So we’re in a vicious circle: our standard of housing depends on our income and our income depends on what it costs to keep us alive. This is why in housing we get the minimum comforts. This is how it will be, and must be, as long as the means of production are the property of a few for whom the rest of us must work for a wage. A rationally organized society would give priority to meeting its needs of food, clothing and shelter. If production were carried on solely and directly to meet people's wants then there could be no problem in housing. But production for use is only possible when society controls production. Which demands that the means for producing wealth belong to the whole community.