For A' That and the Spartacist Rising

For Burns Night. Ferdinand Freiligrath, a poet of the German bourgeois revolution of March 1848 to July 1849 , first translated For A’ That into German (Trotz Alledem) in 1843. Freiligrath, who knew Marx and Engels, was a member of the Bund der Kommunisten (Communist League - founded in London in 1847), and a member of the editorial board of the revolutionary daily Neue Rheinische Zeitung, published by Marx and Engels between 1848 and 1849.

He changed the text of Trotz Alledem to suit the German situation, whilst retaining the title, rhythm, and main idea, and it was printed in the Neue Rheinische Zeitung on 6 June 1848.


Liebknecht wrote the final editorial Die Rote Fahne (The Red Flag), the paper of the Spartacus League. It is entitled Trotz Alledem (For all That) and ends:


"The defeated of today will be the victorious of tomorrow…The German working class’s way to Golgotha is not over...we are accustomed to being flung from the peak into the depths. Yet our ship keeps a straight course firmly and proudly to its destination. And whether we will still be alive when this is achieved - our programme will live; it will govern the world of liberated humanity. For All That!"
Burns was a child at the time of the American revolution, and aged thirty when the the French revolution broke out. Tom Paine’s manifesto of ‘The Rights of Man’ was banned literature in Scotland, but circulated widely underground and  Burns owned a copy and absorbed its contents. At one point, he sent a set of guns to the revolutionary French legislature together with a note of solidarity. However, let us be well aware that Scotland’s national bard, often taken to be the forward‑looking champion of human 'brotherhood', intended to sail to Jamaica to take up a position helping manage the slave economy. Apparently, he had proceeded so far with this affair as to timetable his voyage from Greenock on 10th August 1786 on board the 'Nancy', a brig that regularly traversed the Atlantic from the Clyde to the Caribbean and back with personnel and freight, including sugar, which was associated with the slave plantations. 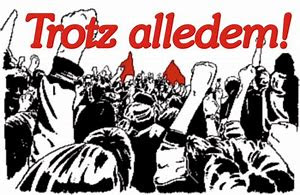