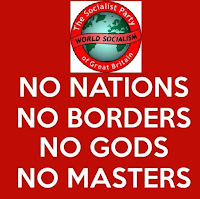 The number of people displaced from their homes due to conflict and persecution is now greater than the population of the United Kingdom, or of Canada, Australia and New Zealand combined.

The Global Trends 2015 report now notes that 65.3 million people were displaced at the end of 2015, an increase of more than 5 million from 59.5 million a year earlier. The tally comprises 21.3 million refugees, 3.2 million asylum seekers, and 40.8 million people internally displaced within their own countries, says the new report, which has been compiled by the Office of the UN High Commissioner for Refugees (UNHCR).

Measured against the world’s population of 7.4 billion people, 1 in every 113 people globally is now either a refugee, an asylum-seeker or internally displaced.

On average, 24 people were forced to flee each minute in 2015, four times more than a decade earlier, when six people fled every 60 seconds. Syria, Afghanistan and Somalia produce half the world’s refugees, at 4.9 million, 2.7 million and 1.1 million, respectively.

And Colombia had the largest numbers of internally displaced people (IDPs), at 6.9 million, followed by Syria’s 6.6 million and Iraq’s 4.4 million, according to the new Global Trends report.

Children make up 51 per cent of the world’s refugees in 2015, with many separated from their parents or travelling alone, the UN reported.

UN High Commissioner for Human Rights, Zeid Ra’ad Al Hussein’ stated, “Hate is becoming mainstreamed. Walls – which tormented previous generations, and have never yielded any sustainable solution to any problem – are returning. Barriers of suspicion are rising, snaking through and between our societies – and they are killers,”

Mogens Lykketoft, UN General Assembly President declared that “violations of international humanitarian and human rights law are of grave concern… Xenophobic and racist rhetoric seems not only to be on the rise, but also to becoming more socially and politically acceptable…”


UN secretary general Ban Ki-moon said, “divisive political rhetoric on asylum and migration issues, rising xenophobia, and restrictions on access to asylum have become increasingly visible in certain regions, and the spirit of shared responsibility has been replaced by a hate-filled narrative of intolerance.”

The persecution of minorities in many countries has made more acute the problem of the refugee, seeking a land where he or she will be permitted to live in comparative peace. But with hardly a single exception there are no countries which will freely admit the penniless wanderer, no matter how good his or her credentials or how great the need. The truth is that capitalism to-day is an anti-social arrangement and produces anti-social ideas, even contradictory ones. Why should something as arbitrary as where one is born determine where one is allowed to live?  The answer, sadly, is that under capitalism, artificial lines on maps divide the world into different camps, which enable those who own the earth to defend their bit of it and to make claims on other bits. A sensible society would have no concept of refugeehood or any of the other states of oppression.

The real clamour to help refugees is not coming from governments, but ordinary people from all walks of life, organising as best they can, in their groups, communities, and often as individuals. For socialists, it is reassuring that so many workers refuse to see those they are rallying to support as anything other than human beings, homeless, frightened, displaced, and have refused to see them as migrants, illegal immigrants, refugees, Syrian, Libyan, Moslem, black or any of the other categories into which our species is labelled and pigeonholed. It is an encouraging aspect the way that local people, from Sicily to Australia, have rallied to support and help refugees in their midst. It is one thing to rail against those who are allegedly coming to steal jobs or live as scroungers, but it is quite another to encounter the hopelessness and destitution of people who just want somewhere to live without persecution and bring up their family. We can only hope this solidarity grows into a revolutionary class consciousness – when these same workers demand the eradication of borders and frontiers and every other artificial boundary that divides us, realising that same solidarity can help us fashion a world in our own interests if taken a step further.

It is hopeless to appeal to the conscience of political leaders who have been directly responsible for such a monstrous crisis. Far better to have a world where men, women and children can be free to travel over its surface without the futile restrictions of nationality, and where they can satisfy their needs from a sufficiency of wealth that only socialism can make available. What an extraordinary notion it is that so many members of the human race should be forced to remain on that small section of the earth's surface in which they happened to be born. Who gave the world's rulers the right to tell us which bit of land we should live on? The apologists for capitalism who try to foment ill-feeling towards "foreigners" arriving here, whether they come to escape persecution, or to obtain slightly higher wages, never attack those many members of the upper class, including many newspaper proprietors, who swan about the world as if there were no such thing as state boundaries. The competitive struggle arising out of capitalism makes the worker shun his or her foreign fellow-workers in distress, yet they welcome the wealthy idlers born at home or abroad who consume the wealth produced by the working-class.

Capitalism is a frightening, hate-filled system that turns everyone's hand against everyone else. Inside socialism, where the whole Earth is the common property of the whole world's population, we will all be able to travel our planet to work wherever we desire, safe in the knowledge that our brothers and sisters will welcome us on whichever shore we land.
Posted by ajohnstone at 5:30 am