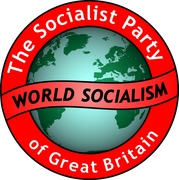 Our analysis for the European Union referendum

MILLIONS ARE BEING CALLED UPON TO CHOOSE BETWEEN STAYING IN OR EXITING THE EU.

Such differences as may exist between them are about how to administer this system. none wish to go beyond the wages-prices-profits system. BOTH CAMPS want to retain producing for the market, buying and selling, money and working for wages. None of them – not even those who describe themselves as “socialist” – stand for socialism in its original meaning of a society of common ownership and democratic control with production for use not profit and moneyless distribution in accordance with the principle “from each according to their abilities, to each according to their needs”.

Capitalism simply cannot be reformed to work in the interest of the majority class of wage and salary workers. Which is why we in the World Socialist Movement say workers should organise to end it, not to try and reform it.

Socialism has not been tried
But hasn’t socialism been tried and failed? Certainly not. What was tried and what failed in Russia and Eastern Europe was not socialism, but state capitalism under the dictatorship of a single political party. What happened in these countries proved, not that socialism cannot work, but that not even the most ruthless political dictatorship can make capitalism work in the interest of the majority – since the economic system in Russia was always based on capitalist principles: goods and services were produced for sale and people had to sell their working skills for a wage in order to get money to buy the things they needed to live. True, there was essentially only one big employer, the state, but, as with private employers in the West, the aim was to make a profit, out of which the privileged nomenklatura that controlled the state maintained itself.

Real socialism, we repeat, is something quite different. It is a world without frontiers, without armed states, without privileged classes, where the resources of the Earth have become the common heritage of all the people of the world and are used for the mutual benefit of all. This is the only framework within which the problems facing humanity in general and working people in particular – stress at work, inadequate public services, war and the threat of war, ecological destruction, world hunger, and the rest – can be solved. Which is why working towards this goal is ultimately the only constructive and worthwhile political activity.

How to vote?
It is not up to us to tell you how to vote in the referendum. If you see no alternative to capitalism no doubt you will vote for one or other of the  options on offer. If you want socialism, you can indicate this by writing “WORLD SOCIALISM” across your voting paper.


Adapted from the Socialist Standard, May 2004