How to vote in the EU referendum 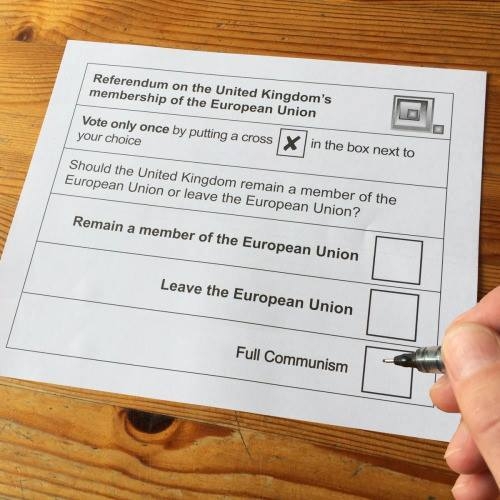 Meel ( is s/he a member?) on the Cameron's EU deal thread talks about 'socialists' capitalising on the phrase 'get their country back'.'Their'? You can't help laughing. This from a party that agonizes over it's 'of Great Britain' mantle because it sees it as 'nationalist', but has no problem with comrades who are ideologically suspect. 'Emotions trumping logic' - Goebbels would have agreed.

As the blog have said before to youself, take your concerns about what individual members or non-members say on the SPGB discussion forum, to the forum, where you can direct your questions to the person and discuss the Party case on the appropriate forum.

Our position was as stated by a contributor to the forum
"It seems that those of us living in Remain areas like London (and Warwick) concentrated too much on attacking Brexit and failed to emphasise the title of the EC statement that "The problem is not the EU .. it's capitalism" and so neglected to address the thinking of workers in Leave areas that the EU was the cause of the problems they faced."
http://www.worldsocialism.org/spgb/forum/general-discussion/camerons-eu-deal?page=19#comment-32558