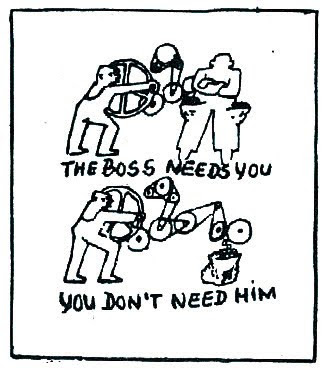 Hospital cleaners are worth more to society than bankers.

Research, carried out by think tank the New Economics Foundation says hospital cleaners create £10 of value for every £1 they are paid.Play a vital role in the workings of healthcare facilities. They not only clean hospitals and maintain hygiene standards but also contribute to wider health outcomes.

Bankers are a drain on the country because of the damage they caused to the global economy. They reportedly destroy £7 of value for every £1 they earn.

Tax accountants damage the country by devising schemes to cut the amount of money available to the government.For a salary of between £75,000 and £200,000, tax accountants destroy £47 in value, for every pound they generate

Child minders are also doing jobs which create net wealth to the country. As well as providing a valuable service for families, they release earnings potential by allowing parents to continue working. For every pound they are paid they generate up £9.50 worth of benefits to society.

Waste recycling workers do a range of different jobs that relate to processing and preventing waste and promoting recycling. Carbon emissions are significantly reduced. There is also a value in reusing goods. For every pound of value spent on wages, £12 of value is generated for society

The New Economics Foundation may have not yet learned that the abolition of wages will solve these contradictions rather than policies of progressive taxation but still it is nice to see evidence of what we all instinctively knew - that the humble workers are socially necessary and the executives in the commercial and financial sectors are social parasites . The circulation of money create many jobs which, although vital to the running of capitalism, would be unnecessary in a society where goods are produced solely to satisfy needs. Banking, financial consultants , advertising are all sectors of employment which only have a role when goods are bought and sold.
Posted by ajohnstone at 2:43 am

There's something slightly disturbing about the fact that they need to put a monetary value on everything in order for it to be seen as worth something to society. But other then that, the only surprising thing about that research is that city bankers only destroy £7 for every pound they create. Still, its amazing how these same people will be claiming how bad it will be for us if so called wealth creators like them were to leave the country.