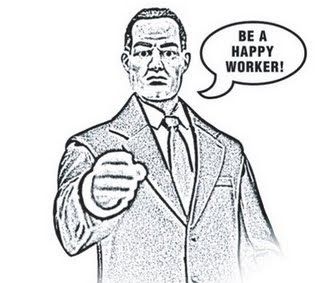 "A house may be large or small; as long as the neighboring houses are likewise small, it satisfies all social requirement for a residence. But let there arise next to the little house a palace, and the little house shrinks to a hut. The little house now makes it clear that its inmate has no social position at all to maintain, or but a very insignificant one; and however high it may shoot up in the course of civilization, if the neighboring palace rises in equal or even in greater measure, the occupant of the relatively little house will always find himself more uncomfortable, more dissatisfied, more cramped within his four walls." - Marx 1847

“We compare ourselves to many more people than ever,” Holden says. “In the past, our frame of reference came from our village or town, but now we watch TV and see people living incredibly glamorous lives. Yet, even when you get all those riches, it is never enough..." explains psychologist Dr Robert Holden.

I have read that a poll taken in 2000 found that a quarter of teenagers in the United States believed they would be millionaires by the time they were forty. At the time the poll was taken there were 150,000 millionaires in the country. If the teenagers were right about their future, nine and a half million people would have to reach that goal .

‘A World of Abundance’ often referred to by SOYMB has never referred to the open-ended consumerism encouraged by the advertisers but has rather as its target a stable and more satisfying way of life in which the scramble to accrue things is no longer central. With material survival removed from the marketplace by the abolition of commodity production we can expect that individuals will calm down their acquisitive desires and pursue more satisfying activities.

In a socialist society, there will be no money and no exchange and no barter. Goods will be voluntarily produced, and services voluntarily supplied to meet people's needs. People will freely take the things they need. We are seeking ultimately to establish a "steady-state economy" or "zero-growth" society - a situation where human needs were in balance with the resources needed to satisfy them. In a stable society such as socialism, needs would change relatively slowly.Production would not be ever-increasing but would be stabilized at the level required to satisfy needs.It will create a ecologically benign relationship with nature.This will be the opposite of to-day's capitalist system's cheap, shoddy, “throw-away” and "built-in obsolescence" destruction of resources.

We know that humans behave differently depending upon the conditions that they live in. Human behaviour reflects society. In a society such as capitalism, people's needs are not met and people feel insecure. People tend to acquire and hoard goods because possession provides some security. People distrust others because the world is organized in such a dog-eat-dog manner.

Under capitalism, there is a very large industry devoted to creating needs. Capitalism requires consumption, whether it improves our lives or not, and drives us to consume up to, and past, our ability to pay for that consumption. In a system of capitalist competition, there is a built-in tendency to stimulate demand to a maximum extent. Firms, for example, need to persuade customers to buy their products or they go out of business. They would not otherwise spend the vast amounts they do spend on advertising.

There is also in capitalist society a tendency for individuals to seek to validate their sense of worth through the accumulation of possessions.

The prevailing ideas of society are those of its ruling class then we can understand why, when the wealth of that class so preoccupies the minds of its members, such a notion of status should be so deep-rooted.It does not matter how modest one's real needs may be or how easily they may be met; capitalism's "consumer culture" leads one to want more than one may materially need since what the individual desires is to enhance his or her status within this hierarchal culture of consumerism and this is dependent upon acquiring more than others have got. But since others desire the same thing, the economic inequality inherent in a system of competitive capitalism must inevitably generate a pervasive sense of relative deprivation. What this amounts to is a kind of institutionalised envy and that will be unsustainable as more peoples are drawn into alienated capitalism .

We should not project on to socialism the insatiable consumerism of capitalism. In socialism, status based upon the material wealth at one's command, would be a meaningless concept. The notion of status based upon the conspicuous consumption of wealth would be devoid of meaning because individuals would stand in equal relation to the means of production and have free access to the resultant goods and services . Why take more than you need when you can freely take what you need? In socialism the only way in which individuals can command the esteem of others is through their contribution to society, and the stronger the movement for socialism grows the more will it subvert the prevailing capitalist ethos, in general, and its anachronistic notion of status, in particular.The sense of mutual obligations and the realisation of universal interdependency arising from this would profoundly colour people’s perceptions and influence their behaviour in such a society.

The World Socialist Movement in the words of George Julian Harney seek "an order of things in which all shall labour and all enjoy , and the happiness of each guarantee the welfare of the entire community."
Posted by ajohnstone at 4:13 am

Cheers folks,
I re-posted this on our MySpace profile, and we got a positive comment, thus ...

"Thanks once again. I am always enlightened and educated by this excellent blog"